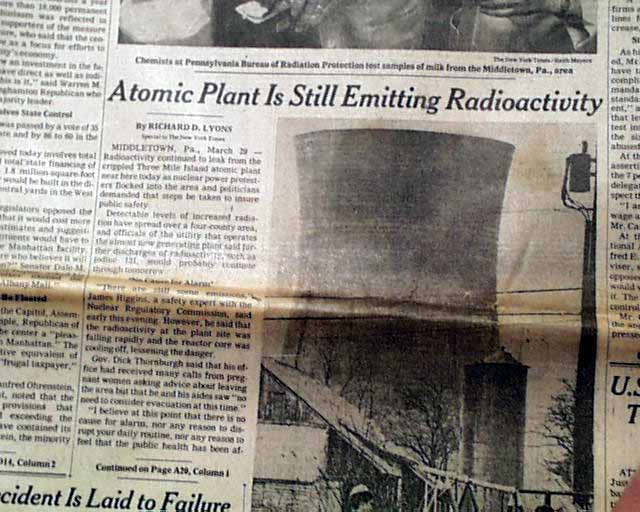 The front page reports on the Three Mile Island nuclear accident with: "Atomic Plant Is Still Emitting Radioactivity" with a ftpg. photo captioned; "Mothers & their children at play near the Three Mile Island nuclear print.". Another related ftpg. photo as well.
The Three Mile Island accident was a partial nuclear meltdown that occurred on March 28, 1979 in Dauphin County, Pennsylvania. It was the most significant accident in U.S. commercial nuclear power plant history. The incident was rated a five on the seven-point International Nuclear Event Scale.
The complete issue with all 4 sections, folded in half, good condition.