Home > Back to Search Results > War Issue No. 5...
Click image to enlarge 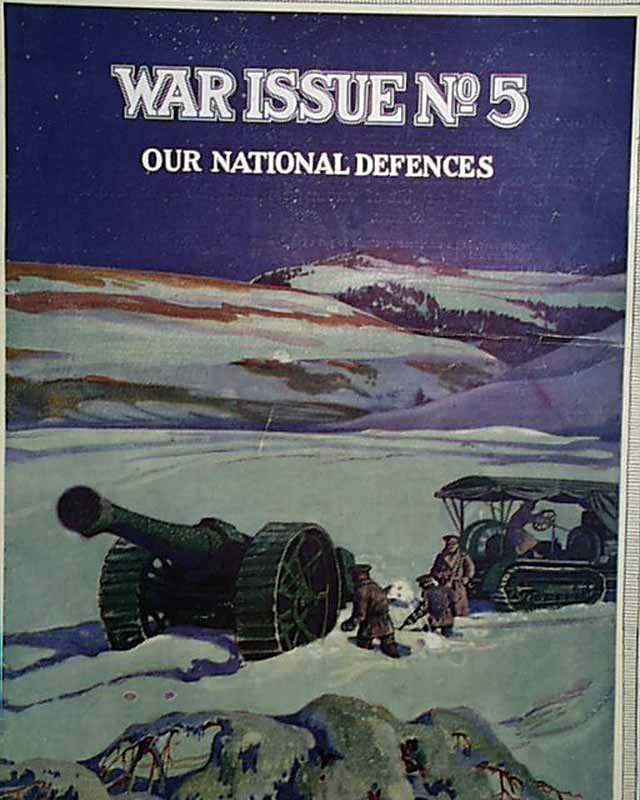 
SCIENTIFIC AMERICAN, New York, February 6, 1915 The front color-cover is an illustration entitled "Ware Issue No. 5 - Our National Defences" and shows troops in the snow. Inside the issue is: "The United States Dreadnought 'Arkansas'"; I - The United Stated an Undefended Treasure Land"; "The Navy - Our First Line of Defense"; "The Art of Deception in War"; "The Military Rocket Camera"; "Across the Continent by Telephone"; "Detail Drawings and Descriptions of the Maxim and Lewis Rapid Fire Machine Guns"; "The Battle of the North Sea"; "War Uses of the Motorcycle"; and more articles, illustrations and advertisements.
Complete in thirty-eight pages with some non-archival mends, some wear at the lower right corner of the front page, otherwise in good condition. Never bound.