Home > Back to Search Results > Rare crudely printed "newspaper" from Russia during the Revolution...
Click image to enlarge 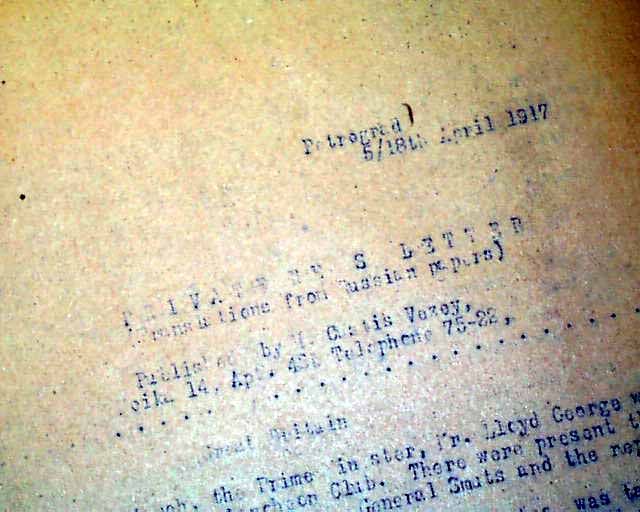 Rare crudely printed "newspaper" from Russia during the Revolution...

Noted under the title is "(Translations from Russian papers)". This is a very rare "newspaper", typewriter-set on four individual sheets, reproduced on a mimeograph machine.
Keep in mind that this was near the beginning of the Russian Revolution. A few years earlier "St. Petersburg" changed its name to the more Russian "Petrograd" as the war was not going well with Germany, and Czar Nicholas II had just abdicated. This "News Letter" would seem to serve as a compilation of news reports for English-speaking people in Russia at that time.
Among the items on page 2 is: "The entrance of the United States shows the struggle is one for liberty. Another proof of this is to be found in the great Russian Revolution. Russia entered the war to fight for the freedom of Servia & Monenegro--she fought for the freedom of Europe, demanded her own freedom and has got it..." with more.
A very rare & unusual publication, measuring 8 1/2 by 13 3/4 inches, light toning, with posting holes at the very top and some old tape near some of these holes.