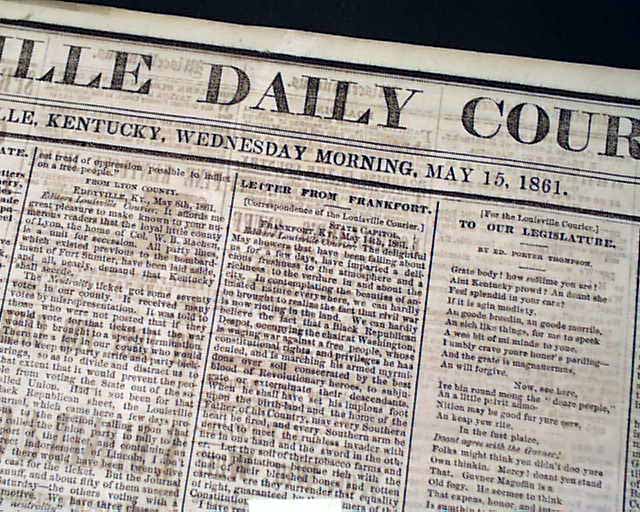 Louisville is difficult to categorize as Union or Confederate during the Civil War as, depending on the time, there were factions within the city supporting both. To placate both sides the two leading newspapers took their stands: the "Courier" was very much pro-Confederate & the "Journal" was more pro-Union. This is the Confederate-leaning newspaper.
The ftpg. has: "Boats Fired Into--Marketing Stopped--Indiana Threatening Kentucky" "The Voice of the State--The People for the south... Lincoln's Troops shall not Invade Kentucky Soil..." "Letter from Hardin County" "From Sharpsburg" "From Georgia--Unanimity of Southern People..." "Letter From Frankfort" "Fort Sumter" "From Washington" "Gen. Bragg's Encampment Near Pensacola" "The War Movements" and even more.
There are some war items on page 2 but it is mostly taken up with ads, as is page 3. But page 4 has many "Civil War reports including: "Northern Troops to March on Alexandria" 'Missouri Troops Concentrating at Jefferson City!" "12,000 Troops In Memphis" and more.
Complete in four pages with the leaves professionally & archivally rejoined at the spine, in excellent condition. 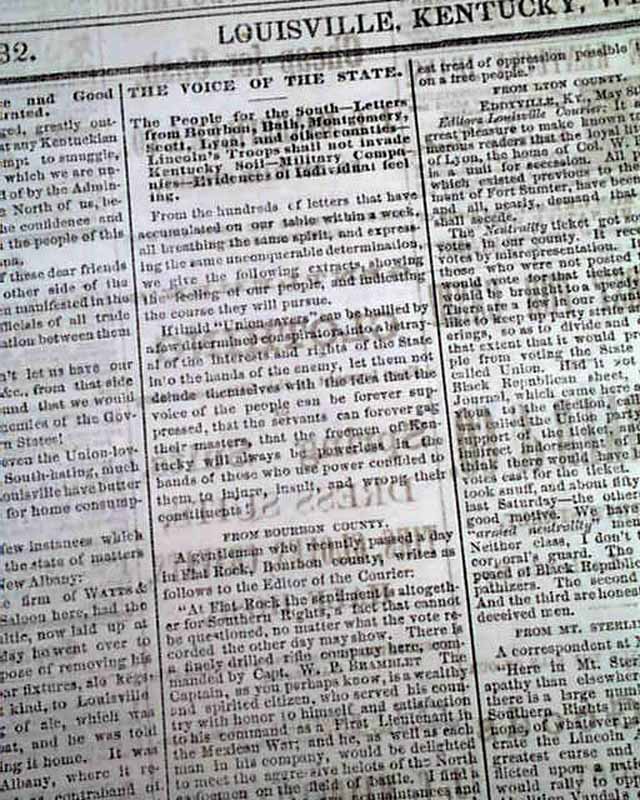 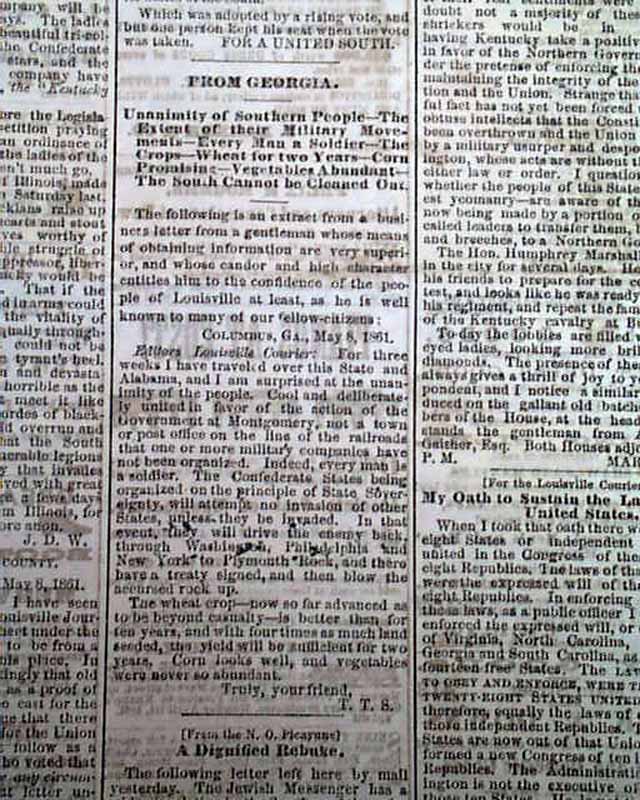 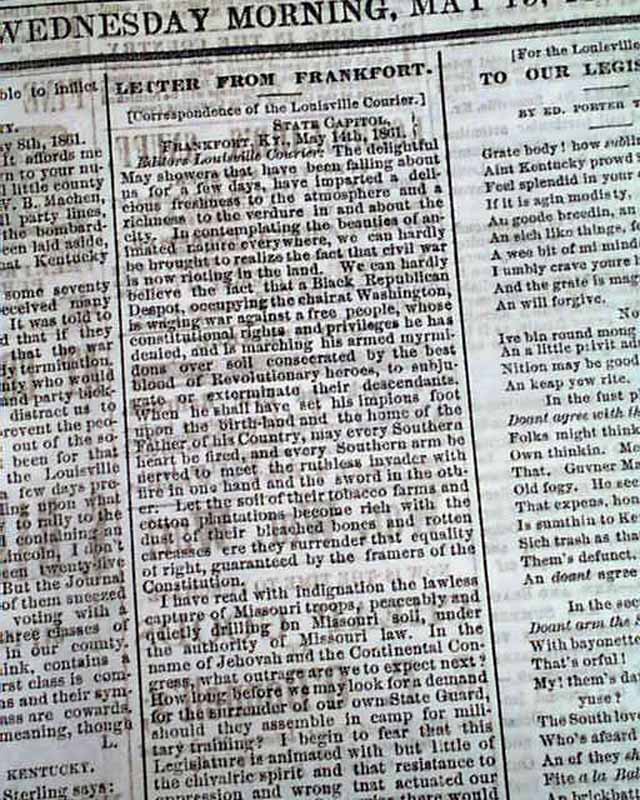 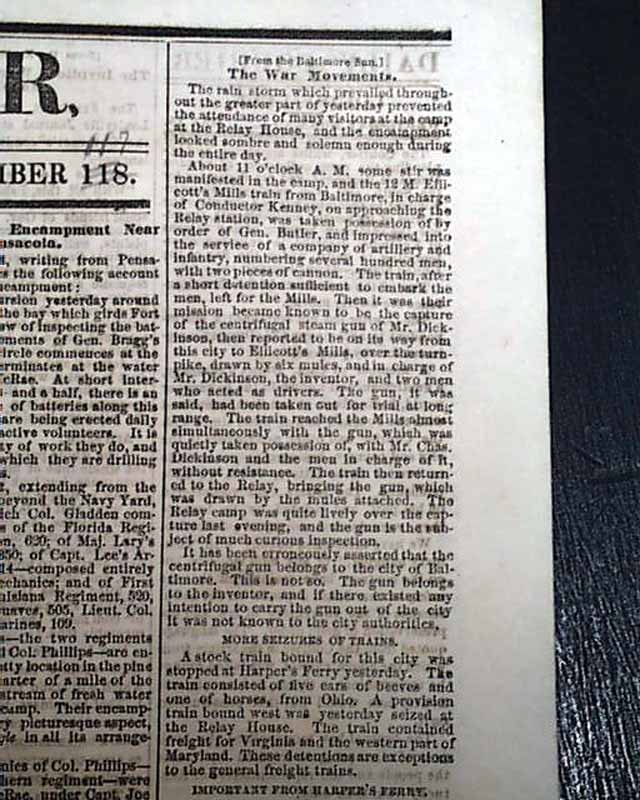 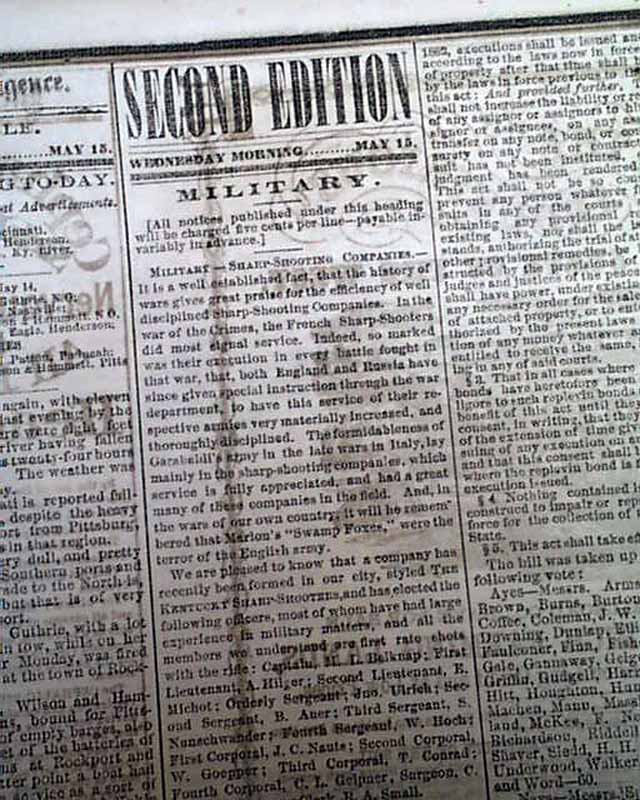 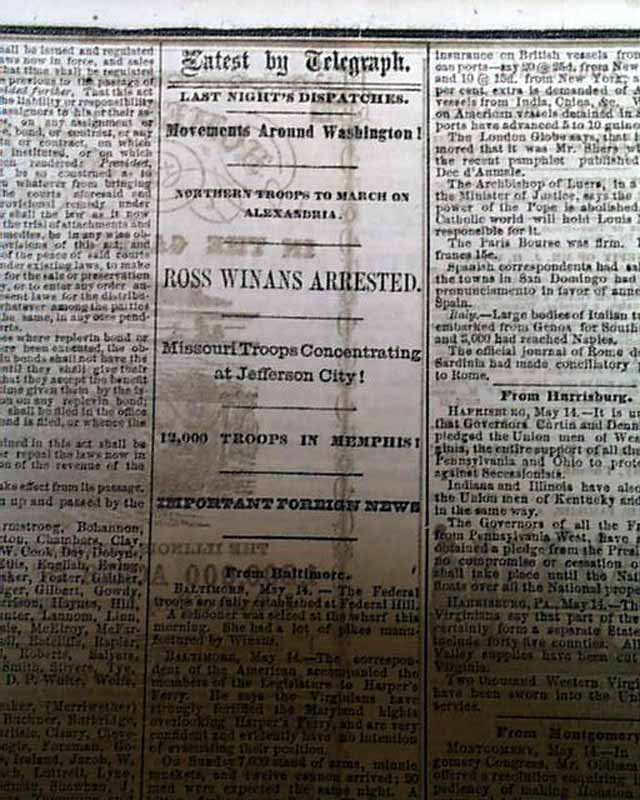 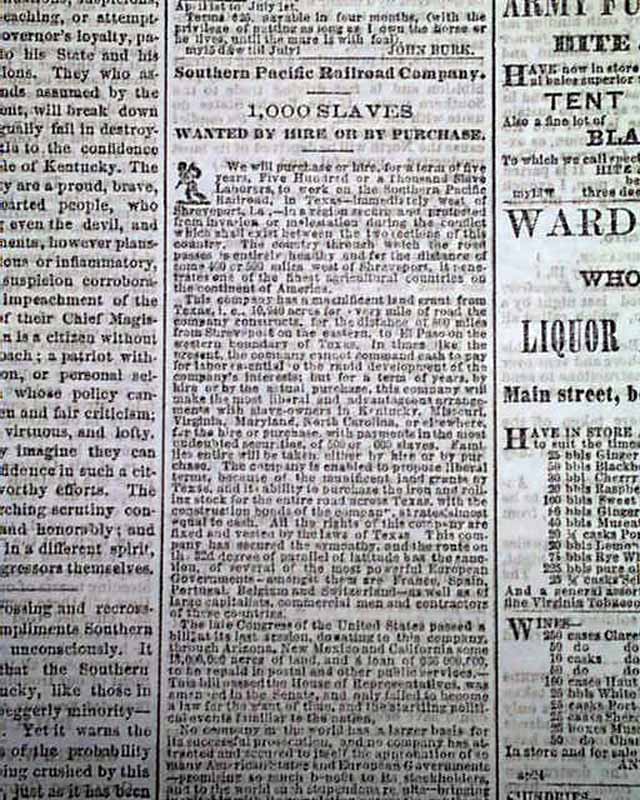