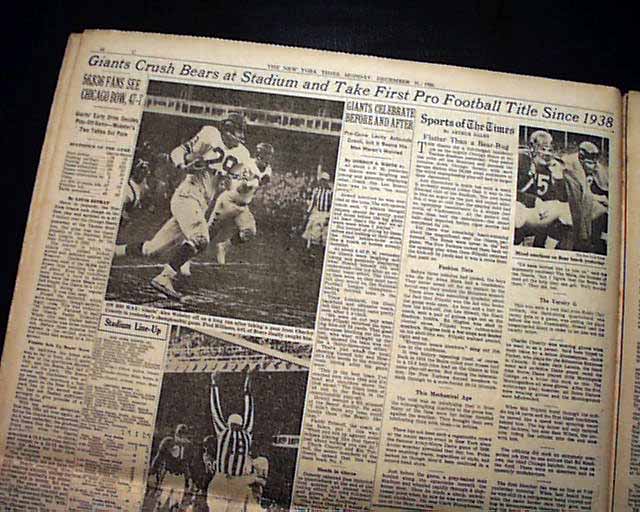 Near the bottom of the front page is a small one column heading: "Giants Crush Bears, 47-7, to Take Title" (see)
The sport's section (page 16) has a banner headline: "Giants Crush Bears at Stadium and Take First Pro Football Title Since 1938" with subheads, lineups, stats and related photos. (see)
Loads of text here. Always nice to have notable events in history reported in this World famous publication, especially on this topic.
Other news, sports and advertisements of the day. Complete in 26 pages, a little light foxing at the central fold, small address stamp in the masthead, generally very nice.