Home > Back to Search Results > Babe Ruth is suspended...
Click image to enlarge 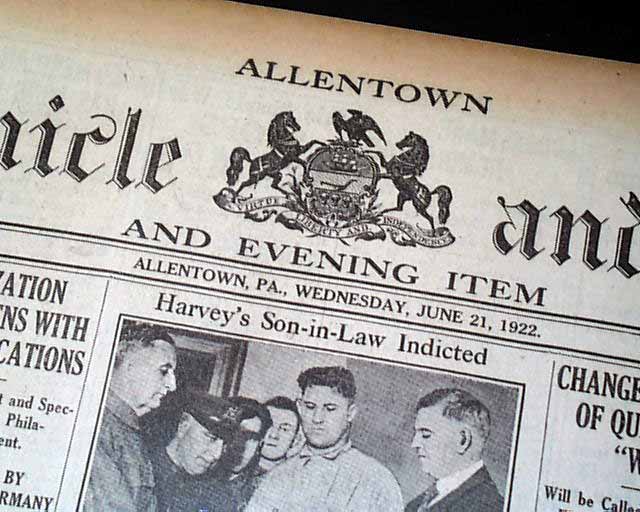 A front page one column head notes: "BABE AGAIN "IN WRONG" and: " 'Vacation' Is Stretched From Three to Five Days as Result of Argument". This was the result of Babe Ruth being suspended for arguing with umpire. Ban Johnson warns Ruth to behave or be suspended for the entire summer. Another article relating to Ruth inside.
Eighteen pages, some chipping at the right margin does not affect the noted article, otherwise good.