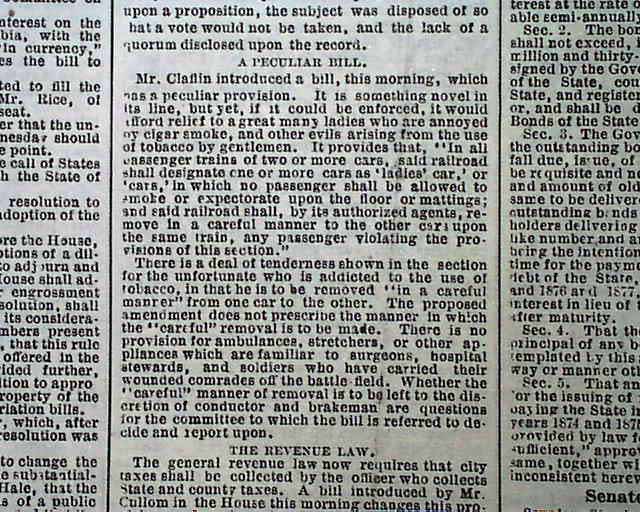 Page 2 has over half a column taken up with a report headed: "The James Boys" "Sketch of the Parties Who Have Been Captured--Some New Facts & Some More Guesses" being an interesting article on their pursuit and concerning some of their confederates. An early report on the James brothers.
The front page has a curious item on creating a non-smoking car on trains, for the protection of women.
Eight pages, very nice condition.