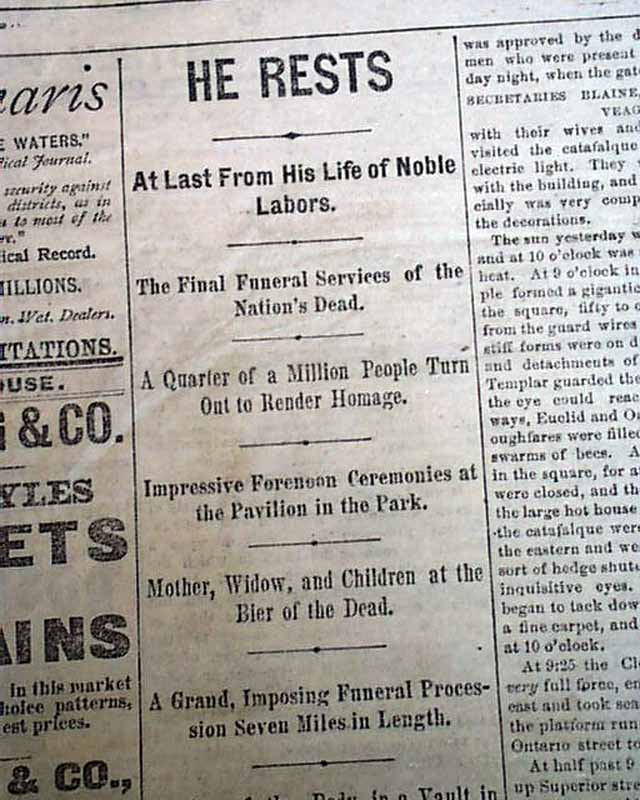 The ftpg. has nearly a half column of heads on the death of President James Garfield: "HE RESTS" "At Last From His Life of Noble Labors" "the Final Funeral Services of the Nation's Dead" "A Quarter of a Million People Turn Out to Render Homage" "Mother, Widow, and Children at the Bier of the Dead" "A Grand, Imposing Funeral Procession Seven Miles in Length" and more (see).
Eight pages, a few archival mends inside, generally good.