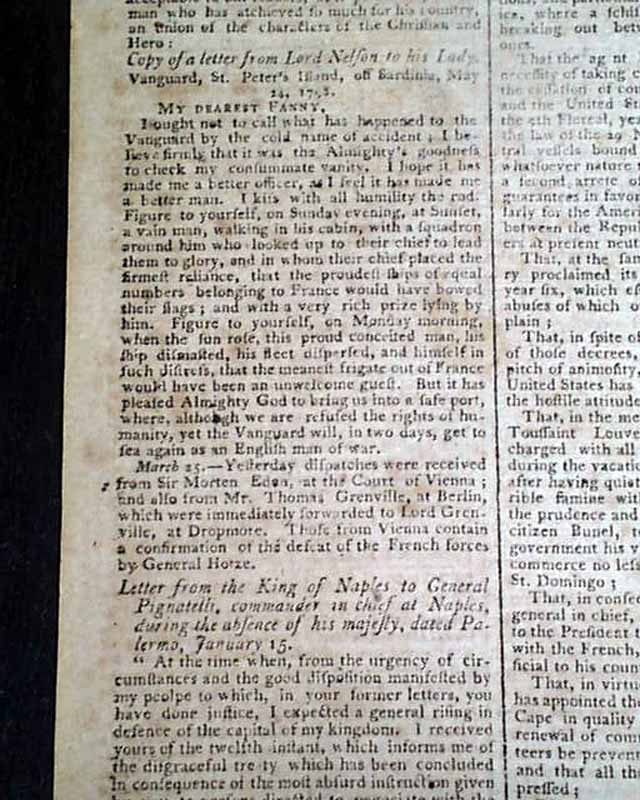 Page 2 has a letter from Lord Nelson to his wife. Page 3 also has a very nice recruitment ad for the military headed: "ATTENTION ! " "To all who properly estimate the Independence of America, love its Constitution, and are willing to defend its Government & Laws, in the station of Soldiers, an opportunity now presents." following which are the enticements for joining the military (see).
Three bkpg. runaway rewards ads, two are "One Cent Reward" ads, another for a "...Negro Boy named Kit..." all with various details (see).
Four pages, minor loss to the top of the blank spine, nice condition.