Home > Back to Search Results > Hitler says: "Britain can win nothing..."
Click image to enlarge 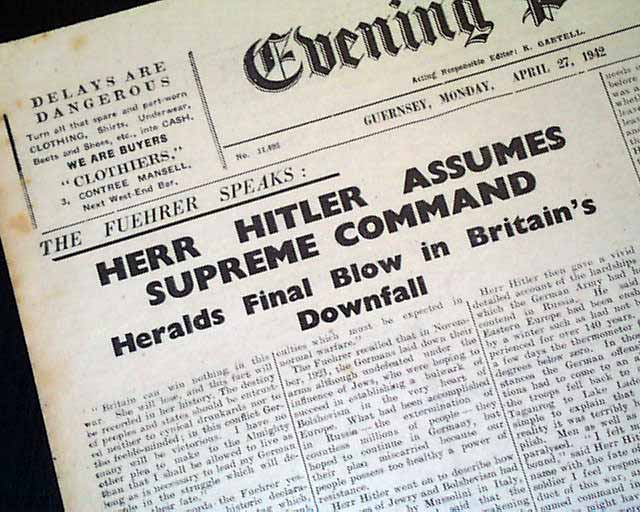 Hitler says: "Britain can win nothing..."

A very curious issue, as Guernsey, an English-speaking island, was occupied by the Germans during WWII so all the news was pro-Nazi.
The ftpg. is mostly taken up with: "Herr Hitler Assumes Supreme Command" "Heralds Final Blow in Britain's Downfall" with lead-in note: "The Fuehrer Speaks: " (see). The text begins: "Britain can win nothing in this war. She will lose, and this fact will be recorded in her history..." with much more. An incredibly pro-Nazi report which, of course, would not prove true.
Four pages, some light foxing, very nice condition.