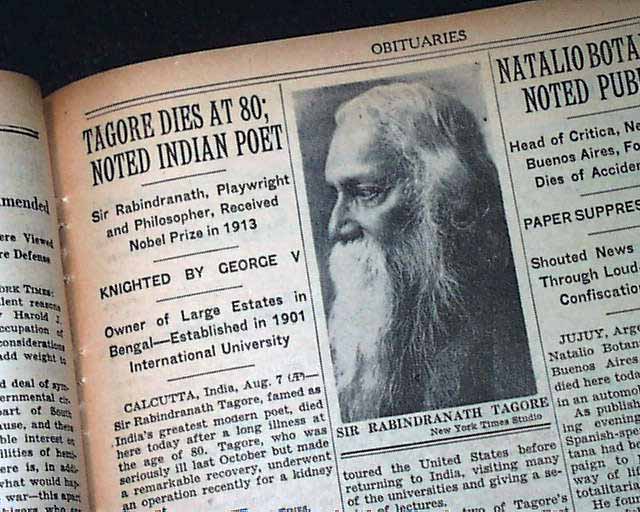 Page 15 has one column headlines that include: "TAGORE DIES AT 80; NOTED INDIAN POET"
"Sir Rabindranath, Playwright and Philosopher, Received Nobel Prize in 1913" "Knighted By George V" and more with photo. (see) First report coverage on the death of Begali polymath, Rabindranath Tagore. I suspect this is one of the few publications to report this particular event as other titles in our inventory do not.
Other news, sports and advertisements of the day. Complete in 34 pages, nice condition.