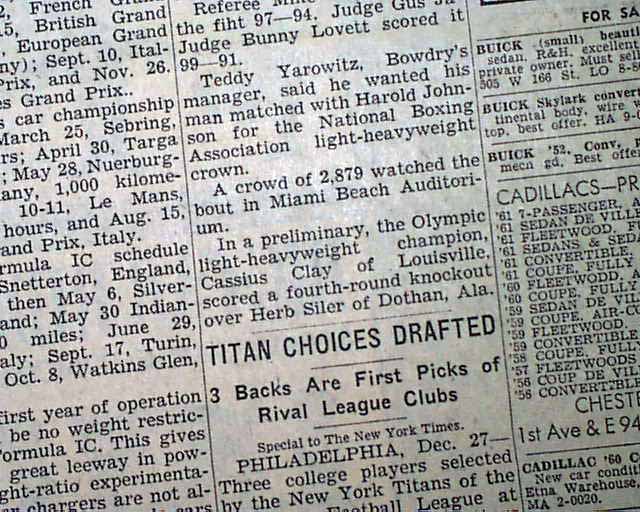 In the sport's section (page 34) under a one column heading: "BOWDRY DEFEATS PASTRANO IN BOUT" is a brief and inconspicuous report reading: "In a preliminary, the Olympic light-heavyweight champion, Cassius Clay of Louisville, scored a fourth-round knockout over Herb Siler of Dothan, Ala." (see) Very early and rare mention of Muhammad Ali here. I suspect this is one of the few publications to report this particular event as other titles in our inventory do not, given the discrete report here.
Other news, sports and advertisements of the day. Complete in 56 pages, generally in nice condition.