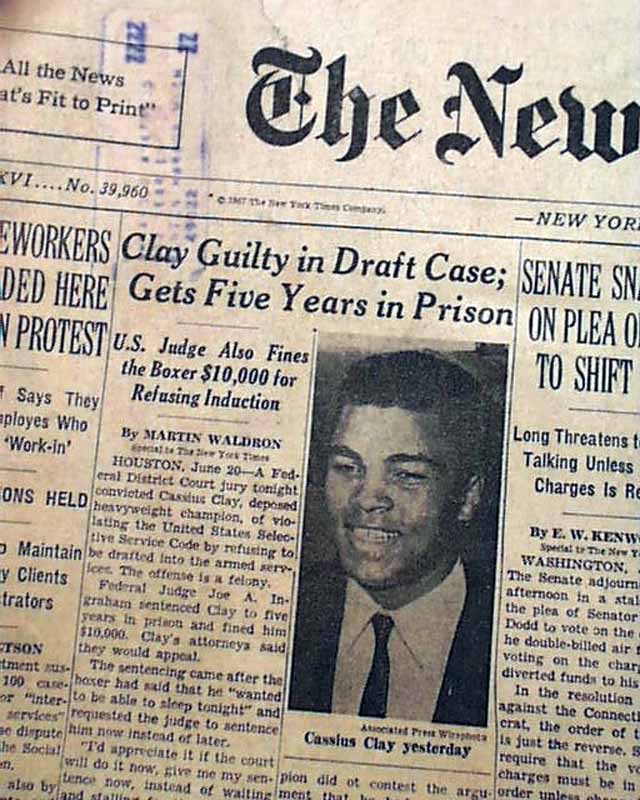 The top of the front page has a two column heading: "Clay Guilty in Draft Case; Gets Five Years in Prison" with subhead and photo. (see) First report coverage on Muhammad Ali being convicted of draft dodging. Always nice to have notable events in history reported in this World famous publication. Rare as such.
Other news, sport and advertisements of the day. Complete in 76 light toning at central fold, light transfer of address label being removed which touches heading (see), light margin wear, generally nice. 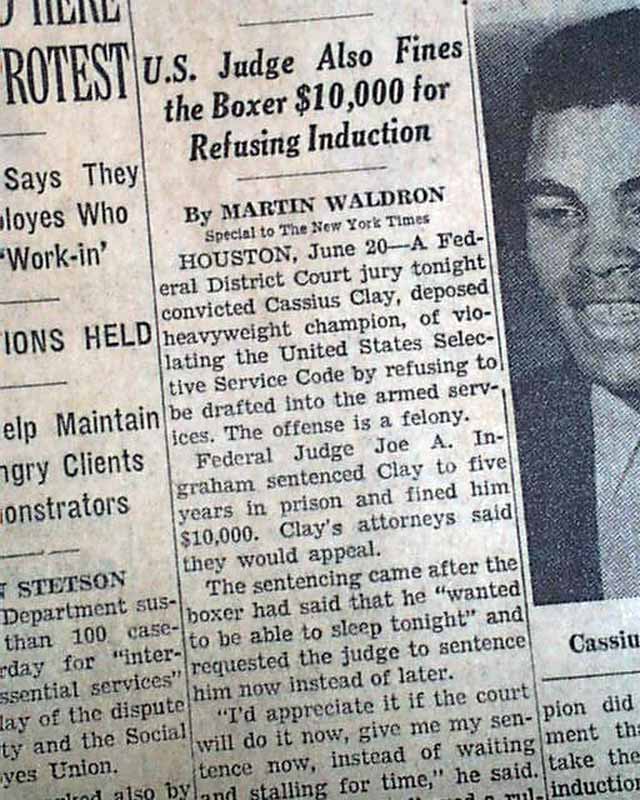 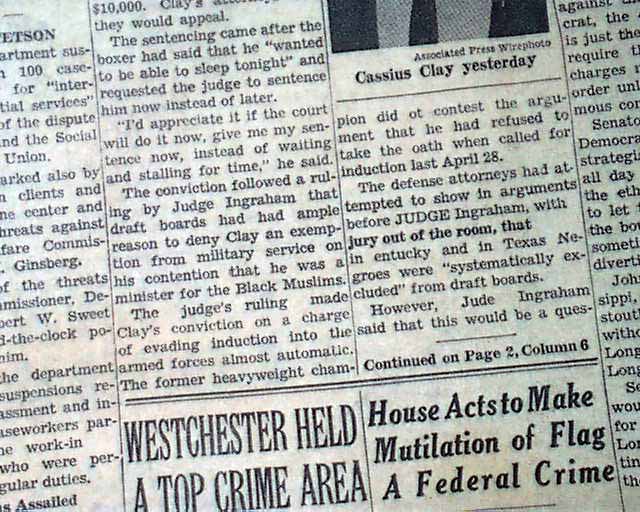 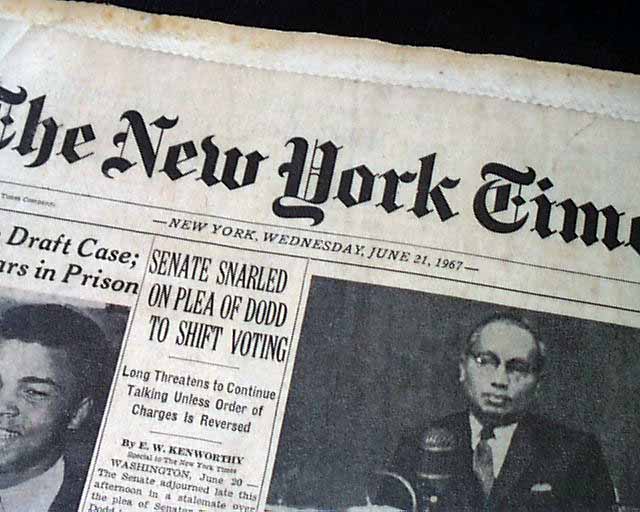 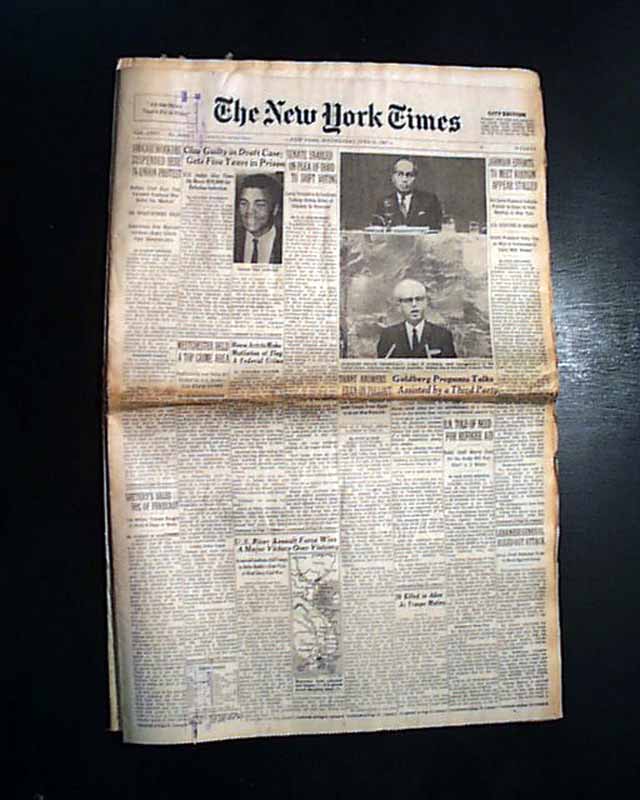 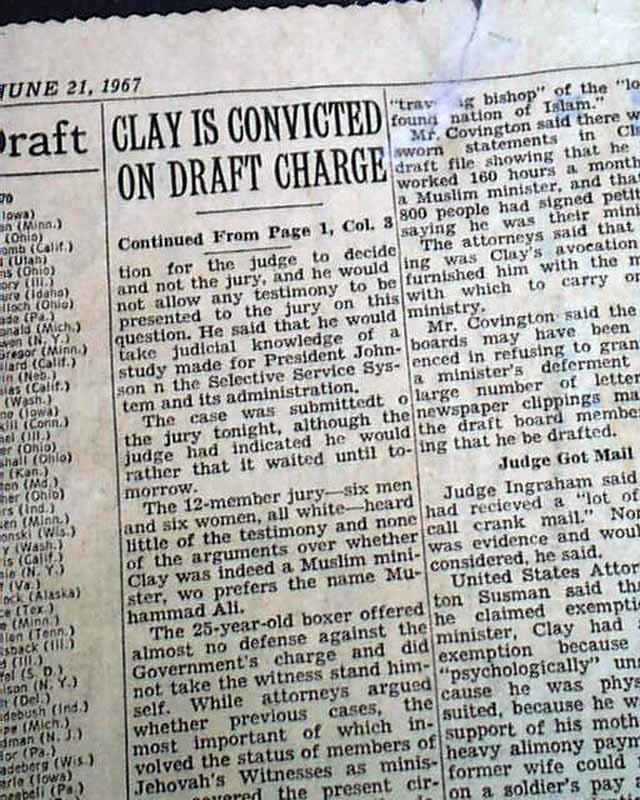 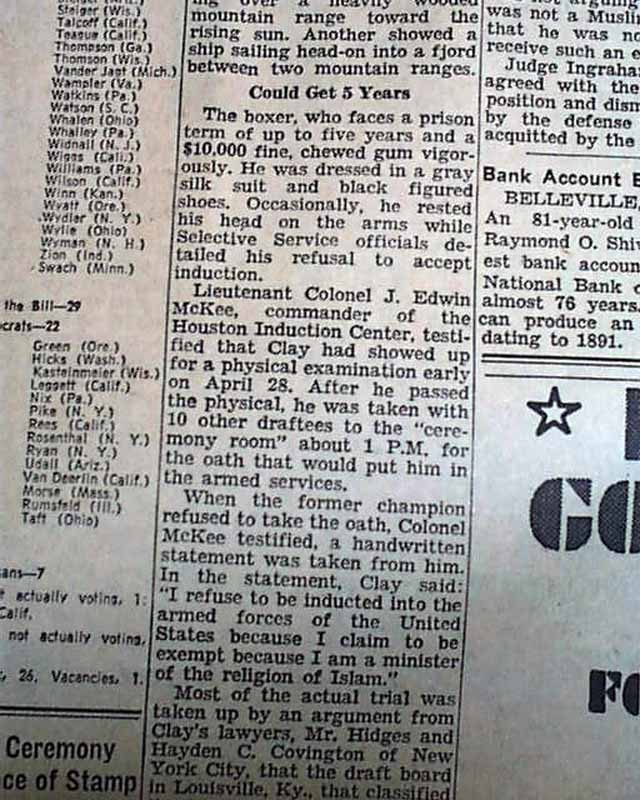 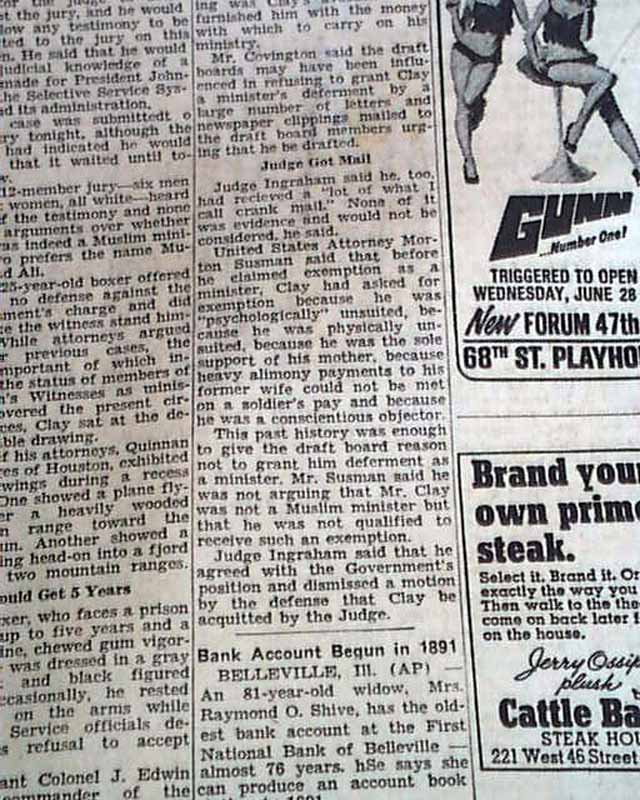