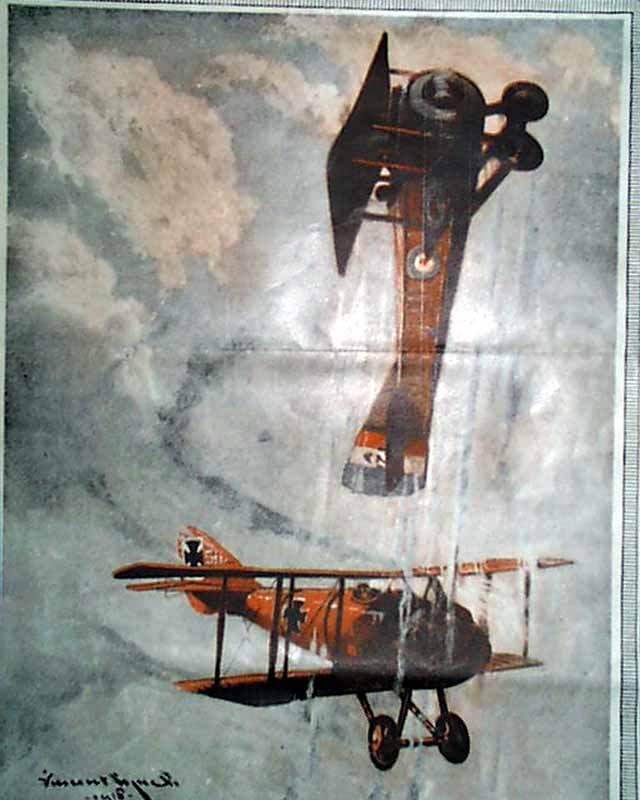 
SCIENTIFIC AMERICAN, New York, September 7, 1918 Interesting full ftpg. diagram-illustration about dogfighting: "Tricks used in aerial combat: First, the 'horizontal vrille'; second the 'retournment'; third, the change of direction; and fourth, the 'renversement', all as seen from the side."
Inside the issue are a variety of articles, illustrations, and advertisements, some which pertain to World War I.
Complete in 28 pages with color cover with airplane content which has a perforated library stamp in the masthead area, otherwise in nice condition.