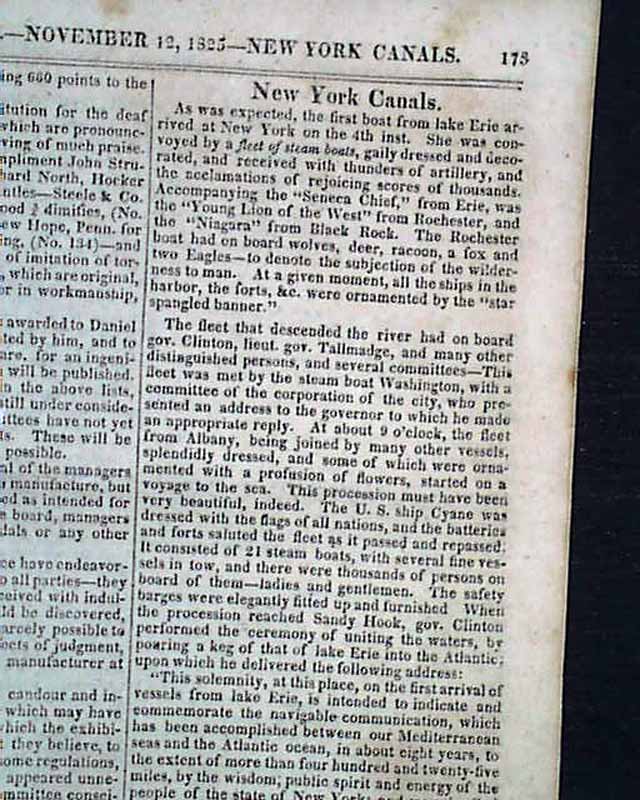 
NILES' WEEKLY REGISTER, Baltimore, Nov. 12, 1825  Near the back of the issue is an article headed: 'New York Canals" which takes over a full page, and begins: "As was expected, the first boat from lake Erie arrived at New York on the 4th inst. She was convoyed by a fleet of steam boats, gaily dressed & decorated..." with much more (photos show portions). The first boat was the "Seneca Chief" and the article has much on the celebration of its arrival at New York.
The Erie Canal was a monumental engineering effort which linked New York City with the Great Lakes, which did much for the transportation of both goods & people across what was then the most settled part of the country.
Much other news of the day including one beginning: "Indiana and Illinois are populating more rapidly, just now, than at any former period...".
Sixteen pages, measures 6 x 9 1/2 inches, light scattered foxing, otherwise in nice condition. 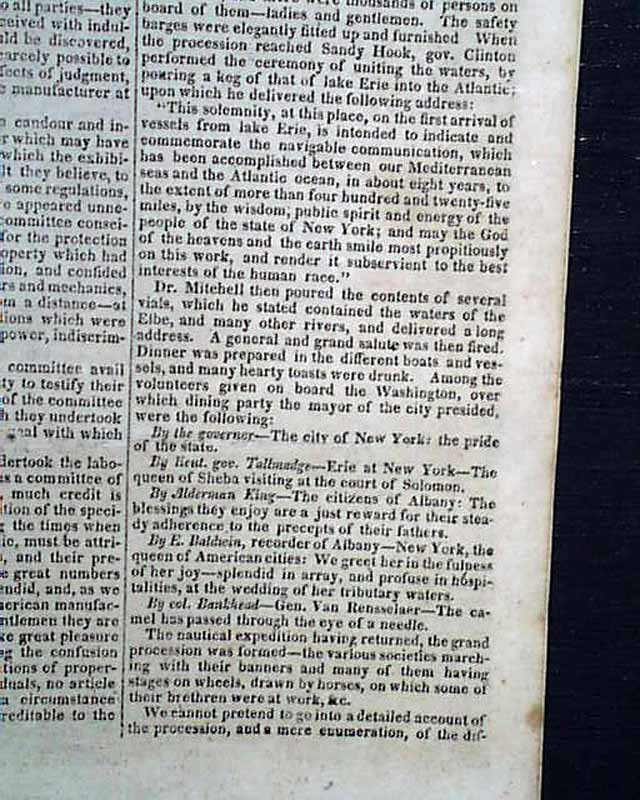 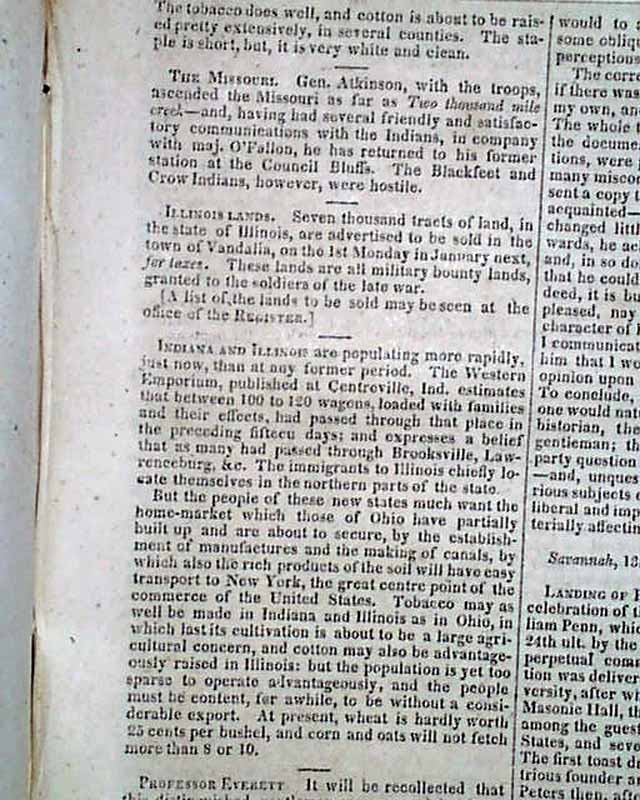 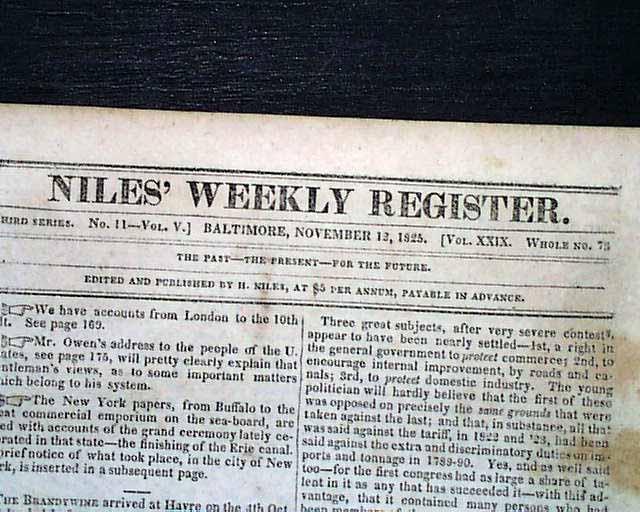 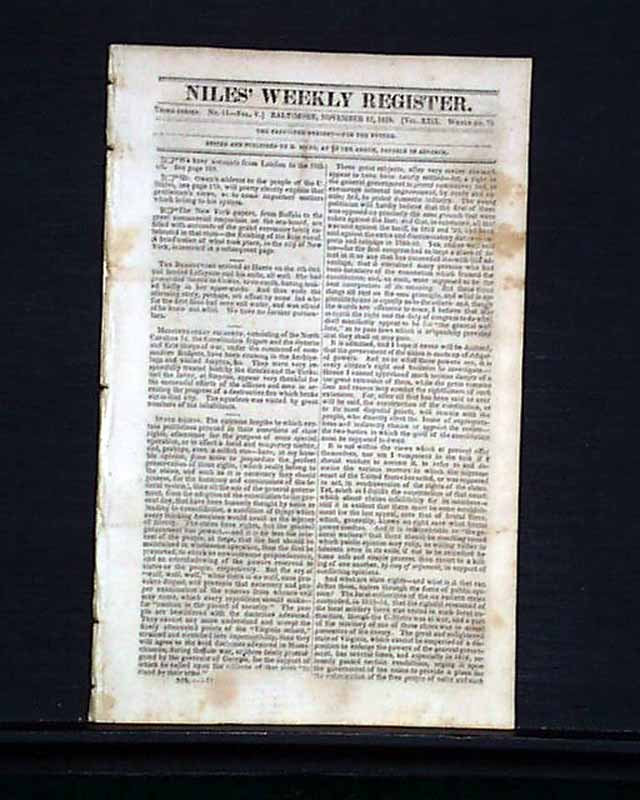