Home > Just before being "turn'd off'"...
Click image to enlarge 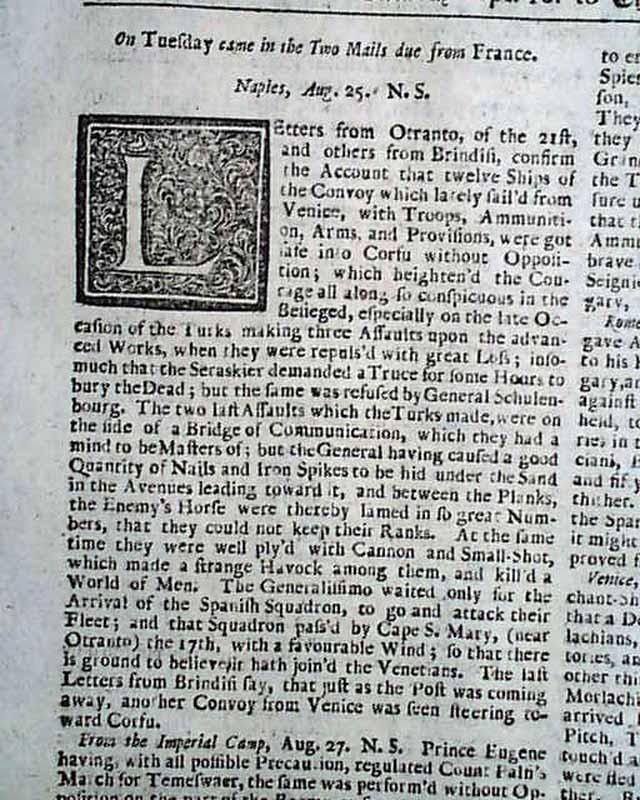 
THE POST BOY, London, September 20, 1716  The front page reports of the battling between Ottoman - Venetian War where heavy loss had occurred and request for a truce for a few hours in order to bury the dead was denied. The last two assaults were made by hiding nails and iron spikes in the sand between the planks leading up to the Bridge of Communications which lamed their horses and then firing cannon and small-shot on all, killing a lot of the men.
The back page reports of Duchess of Berry stopping an execution before he was "just ready to be turn'd off".
Also reported is South-Sea-Stock rates.
Other news and advertisements are within.
A single sheet issue with two decorative engravings in the masthead, partial red tax stamp on page 2, measures 8 1/4 by 14 inches, nice condition.