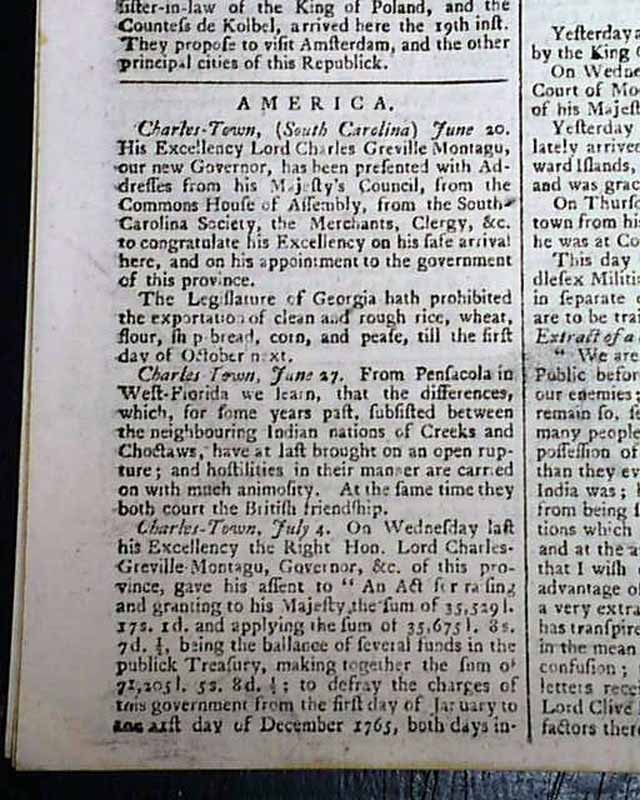 
THE LONDON CHRONICLE, England, Aug. 30, 1766  Page 2 has: "AMERICA. Baltimore Town, Maryland", which mentions the inhabitants' efforts to raise funds for a statue in honor of General William Pitt.
Page 6 has reports headed: "America" with 3 datelines from Charleston, noting Lord Charles Montagu as the new governor of South Carolina; that Georgia has prohibited the exportation of various staples; and that  troubles existed between the Creek and Choctaw Indians in Pensacola.
Eight pages, 8 1/2 by 11 inches, nice condition.