Home > A 'prop' for a movie themed on World War I...
Click image to enlarge 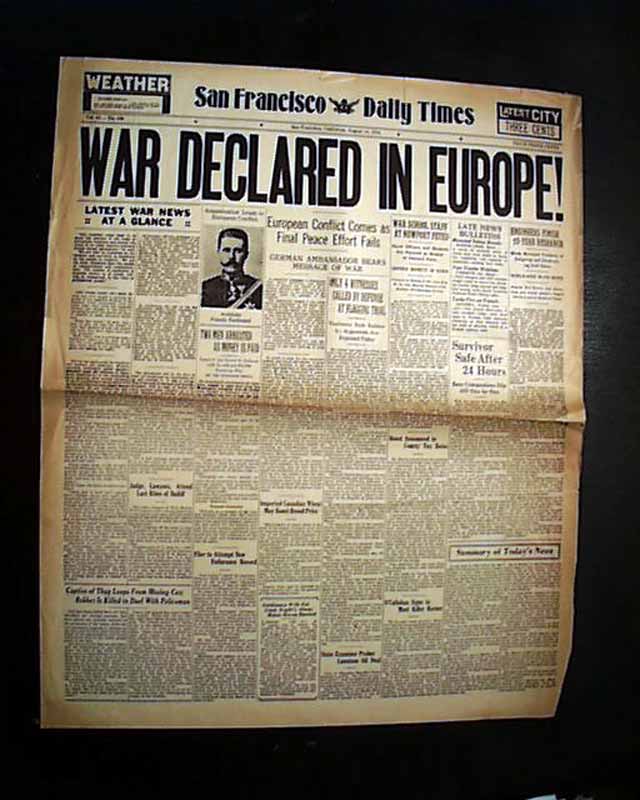 
SAN FRANCISCO DAILY TIMES, August 14, 1914  I believe this to be a movie "prop" newspaper as this is not a legitimate San Francisco newspaper from the that time. Banner headline proclaims: "WAR DECLARED IN EUROPE ! " Even the text beneath the subhead of: "European Conflict Comes as Final Peace Effort Fails" does not relate to the declaration of war. The balance of the issue is taken up wit "filler" articles, not necessarily from the 1914 era.
Four pages, some foxing & wear at the margins, generally good condition.