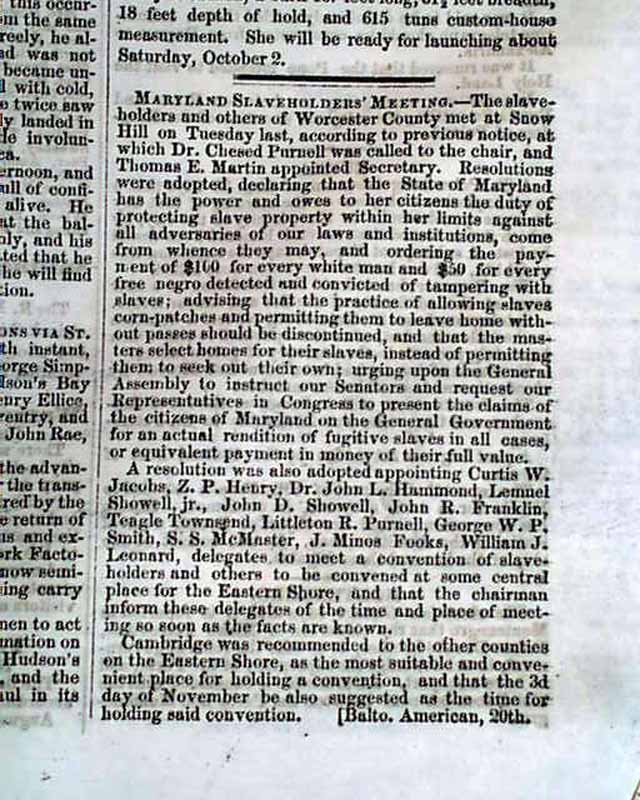 
NEW-YORK DAILY TRIBUNE, August 16, 1858  Page four has a small article pertaining to Charles Dickens. "Mr. Charles Dickens appears to us in the light of a gentleman badly in need of good advice... has recently felt constrained to separate from his wife of some twenty-odd years. That wife has said nothing, and, so far as the public is aware, has instigate others to say nothing, about the matter... Mr. Dickens was stung by the circulation of anonymous scandals to publish, through 'Household Words,' his solemn, emphatic denial that there was any shadow of foundation of such scandals. There he should have stopped... One more uncalled-for letter from Mr. D. will finish him."
Other news and advertisements are within.
Complete in eight pages, uncut, in good condition.