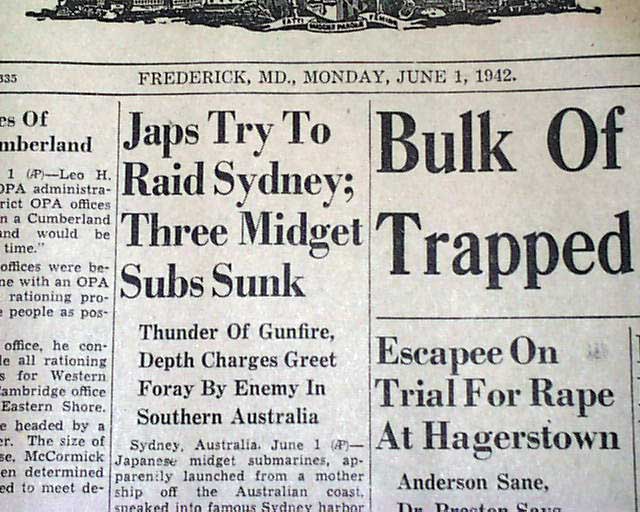 The top of the front page has a one column heading: "Japs Try To Raid Sydney; Three Midget Subs Sunk" with subhead. (see) 1st report coverage on the attack of Sydney Harbor in Australia by submarines of the Imperial Japanese Navy.
Other news, sports and advertisements of the day with much more on World War II. Complete in 10 pages, light toning, a little margin wear, generally in good condition.