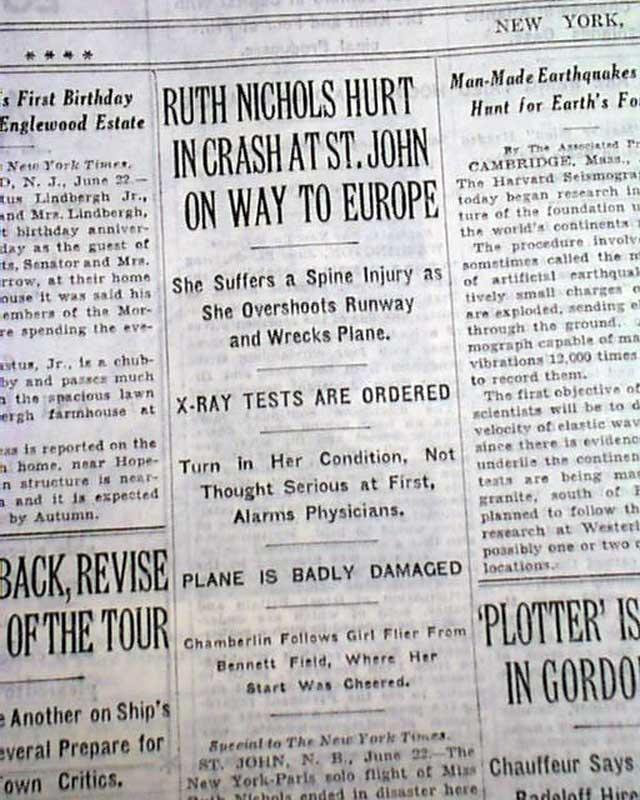 The top of the front page has a one column heading: "RUTH NICHOLS HURT IN CRASH AT ST. JOHN ON WAY TO EUROPE" with subheads. (see) Lengthy text continues on page 3 with photo.
Other news, sports and advertisements of the day. Complete in 52 pages, this is the rare rag edition that was produced on very high quality newsprint, with a high percentage of cotton & linen content, allowing the issues to remain very white & sturdy into the present. Given the subscription cost, libraries & institutions rather than individuals were the primary subscribers of these high-quality editions. Nice condition.

wikipedia notes: In June, 1931, Nichols attempted to become the first woman to fly solo across the Atlantic Ocean, but crashed in Newfoundland and was severely injured.