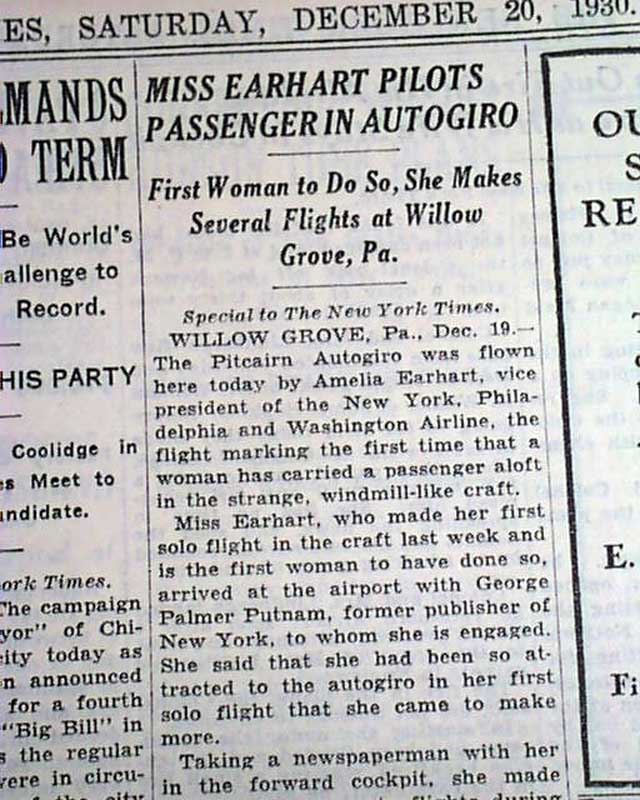 Page 3 has a one column heading: "Miss Earhart Pilots Passenger In Autogiro" with subhead. See below for history description. I suspect this is one of the few publications to report this particular event as other titles in our inventory do not.
Other news, sports and advertisements of the day. Complete in 38 pages, this is the rare rag edition that was produced on very high quality newsprint, with a high percentage of cotton & linen content, allowing the issues to remain very white & sturdy into the present. Given the subscription cost, libraries & institutions rather than individuals were the primary subscribers of these high-quality editions. Nice condition.

source: today in Science: The first autogyro pilot to carry a passenger was Amelia Earhart at Pitcairn Field, Willow Grove, Pa. She flew a PCA-2 Pitcairn Autogyro, making several trips with various passengers until dark. It was only on the previous day, 18 Dec 1930, that she made her first solo flight in the autogyro, also making her the first female to make a solo flight.