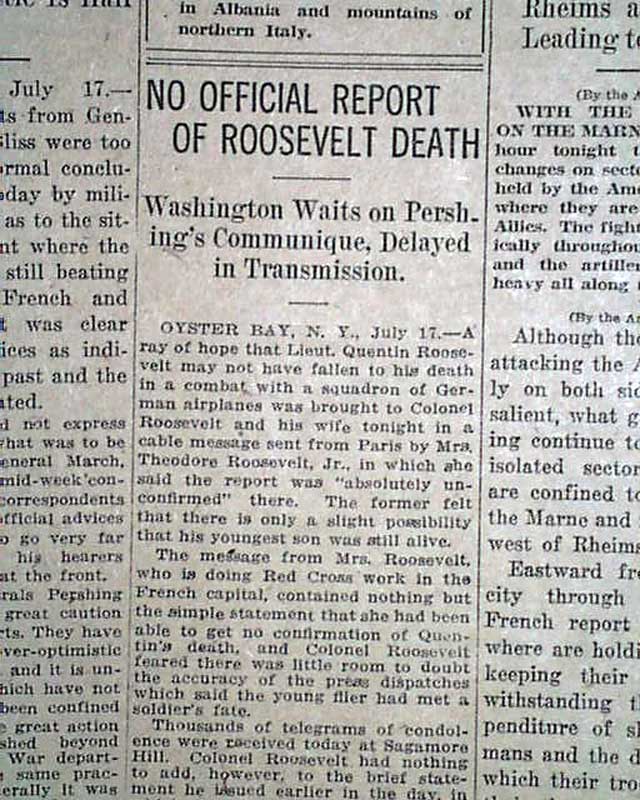 
THE KANSAS CITY JOURNAL, Kansas City, Missouri, July 18, 1918  A single-column headline states: "No Official Report of Roosevelt Death", with subhead: "Washington Waits on Pershing's Communique, Delayed in Transmission".  This is the report of Colonel Theodore (Teddy ) Roosevelt's son, Quentin, as they were awaiting news from Europe as he "may not have fallen to his death in a combat with a squadron of German airplanes".  This also features articles under headings: "Glad My Son Fought" and "Boy Of Many Pranks". Also contains of news of the day. This is the full issue and is in good condition - but is brittle. See photos for full details.