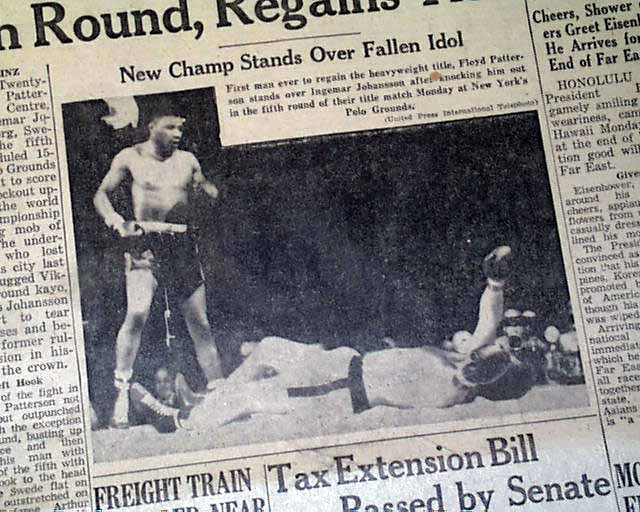 This 32 page newspaper has a four column headline on the front page: "Patterson Knocks Out Ingo In 5th Round, Regains Title" with photo. (see)

wikipedia notes: Floyd Patterson (January 4, 1935 – May 11, 2006) was an American 2-time world heavyweight boxing champion. At 21, Patterson was then the youngest man to win the world heavyweight championship and, later, the first to regain it. He had a record of 55 wins 8 losses and 1 draw, with 40 wins by knockout.

After a series of defenses, Patterson met Ingemar Johansson of Sweden, in the first of three fights. Johansson triumphed over Patterson on June 26, 1959, with the referee Ruby Goldstein stopping the fight in the third round after the Swede had knocked Patterson down seven times. Johansson became that country's first world heavyweight champion, thus becoming a national hero in Sweden as the first European to defeat an American for the title since 1933.

Patterson knocked out Johansson in the fifth round of their rematch on June 20, 1960, to become the first man to regain the undisputed world heavyweight title. Johansson hit the canvas hard, seemingly out before he landed flat on his back. With glazed eyes, blood trickling from his mouth, and his left foot quivering, he was counted out. Johansson lay unconscious for five minutes before he was helped onto a stool. 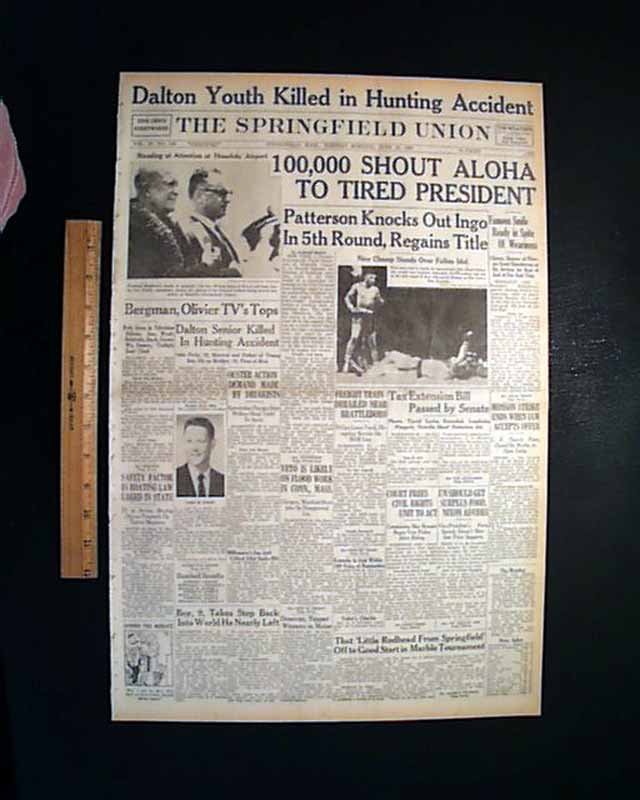 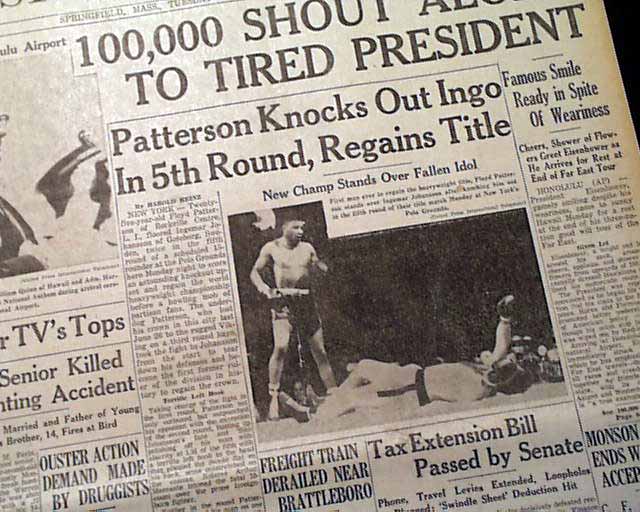 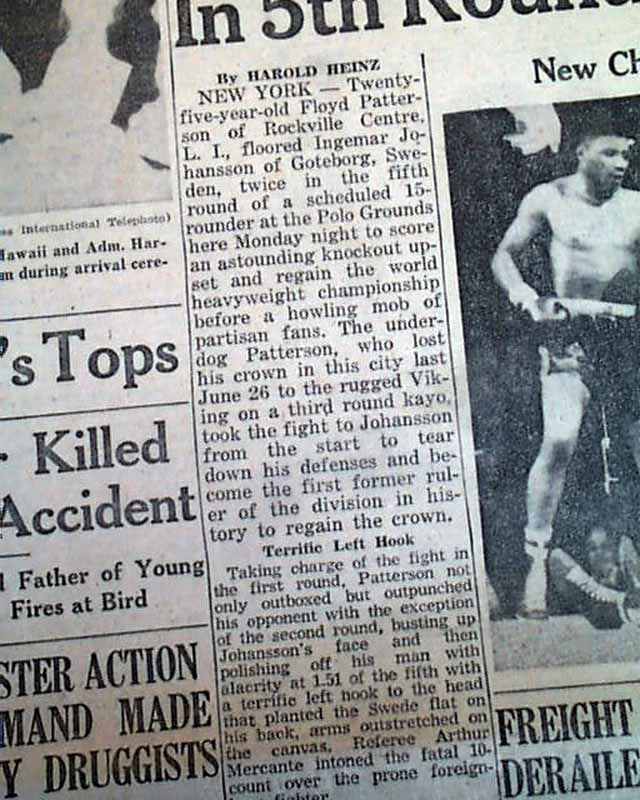 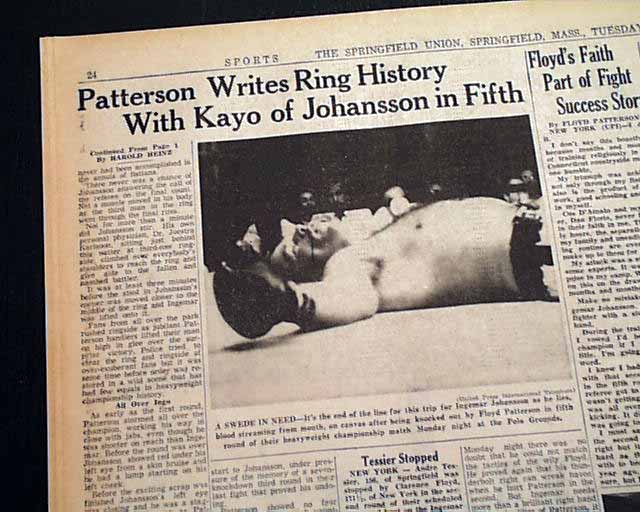 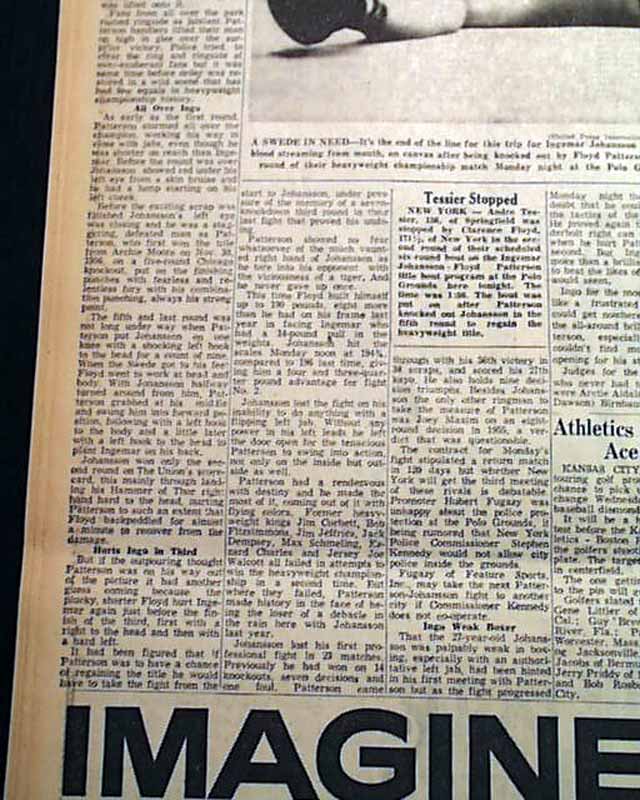 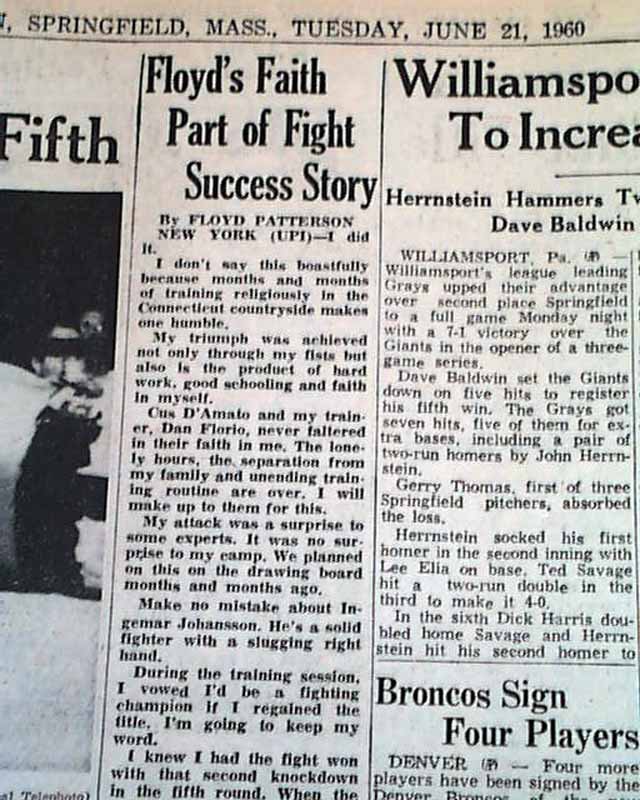