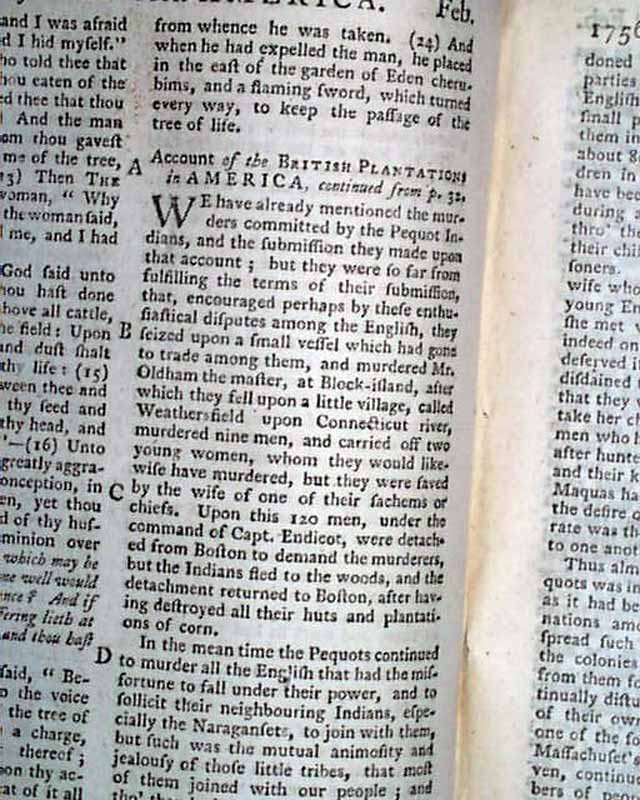 Item # 629564 THE LONDON MAGAZINE, England, February, 1756  This is a considerably more rare title than the more common "Gentleman's Magazine" after which it is modeled, as the format is extremely similar. The title/contents page features a very nice engraving of the skyline of London. Included within is a continued article: "Account of the British Plantations in America", this portion reporting on trouble with the Pequot Indians in New England from the 1600's. One portion begins: "...In 1662 the witchcraft phrenzy first appeared in Connecticut colony where one Mrs. Greensworth was accused by some of their mad preachers of bewitching a young woman who was subject to fits..." & more (see photo). It also includes reports on King Philip's War in America, King Philip being an Indian leader, with report of his death.
Near the back is the "Monthly Chronologer" with the latest news reports. Complete in 48 pages, lacking plates called for, 5 1/4 by 8 inches, very nice condition.