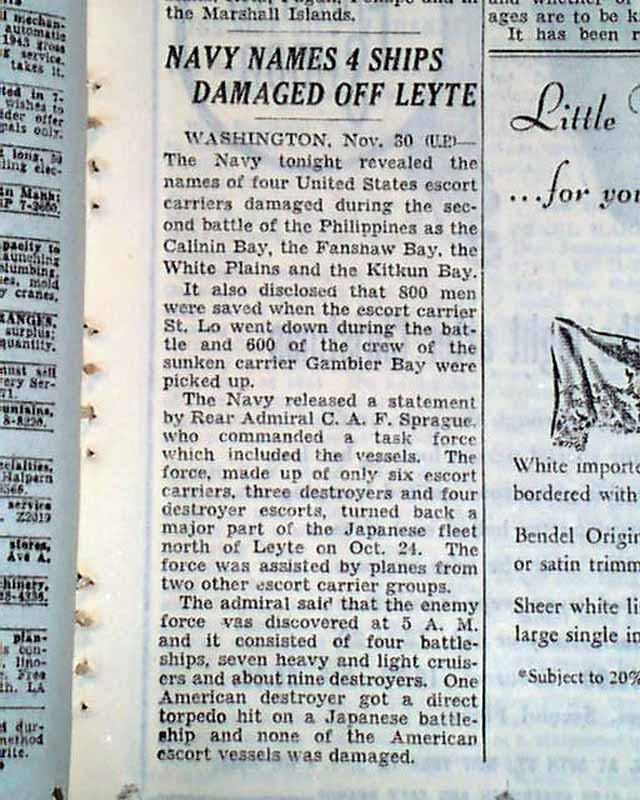 Page 3 has a somewhat discrete one column heading: "Navy Names 4 Ships Damaged Off Leyte" Although brief, this is the 1st report on the loss of the escort carrier USS St. Lo. She was the first major warship to sink as the result of a kamikaze attack. Reporting on many disasters such as this were kept from the public, sometimes for many months, until the family members of the killed were all notified, giving the reason for this late report. Still a first report.
Other news, sports and advertisements of the day throughout with much on World War II. Complete in 38 pages, this is the rare rag edition that was produced on very high quality newsprint, with a high percentage of cotton & linen content, allowing the issues to remain very white & sturdy into the present. Given the subscription cost, libraries & institutions rather than individuals were the primary subscribers of these high-quality editions. Nice condition.