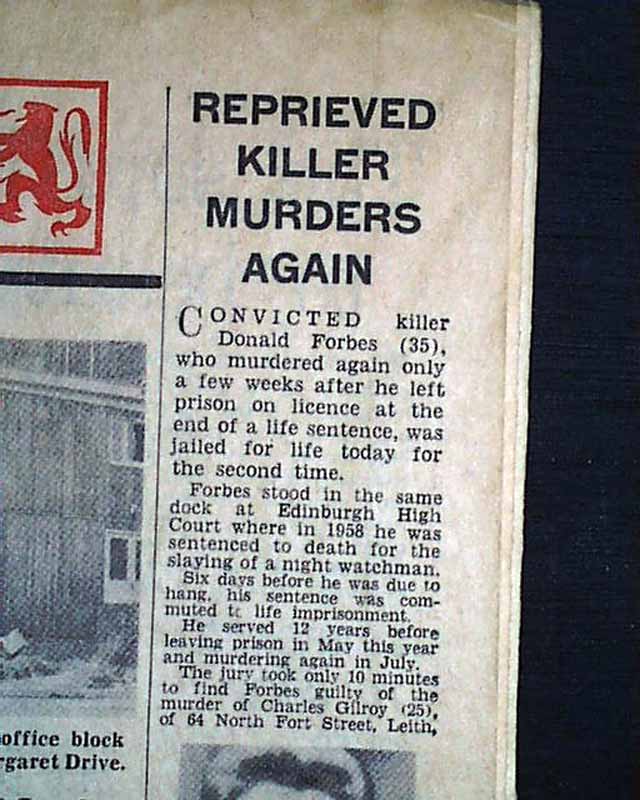 * Donald Forbes, "Scotland's Most Dangerous Man", sentenced to life in jail
* Reprieved from life sentence in 1958, he kills again
* The PFLP declares hostages to be POW's

The front page has the one-column heading: "Reprieved Killer Murders Again" (with photo), which tells of the 2nd murder and conviction of Donald Forbes, considered by many to be Scotland's most dangerous man. Also of note is the news regarding tensions in the Middle East which include: "HOSTAGES NOW PoW's", "City of Blood and Rubble" (speaking of Amman), and the bold headline, "ISRAEL'S PLANES ON RED ALERT".
The issue is believed to be complete in 14 pages, and is in good condition. Nice to have the Forbes report in a Scottish newspaper.