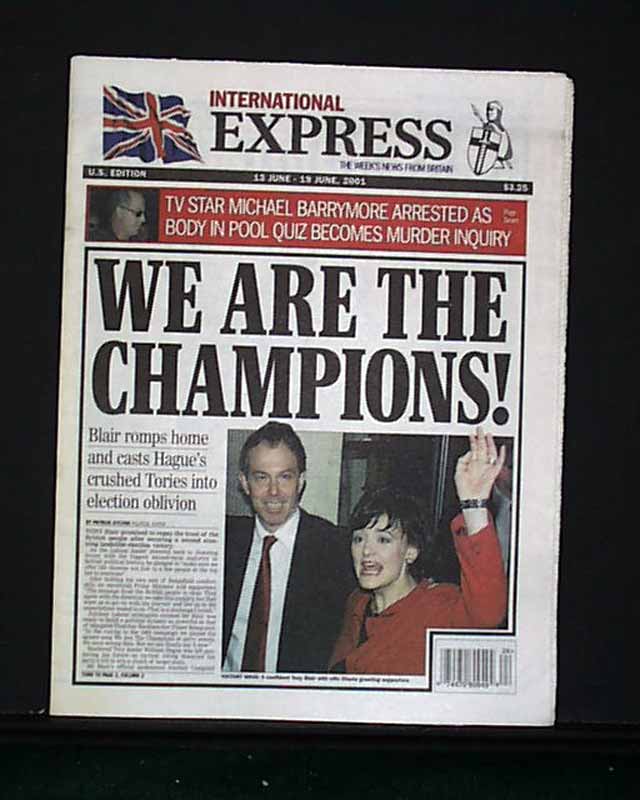 This tabloid-size displayable issue has on the cover: "WE ARE THE CHAMPIONS!", with subhead: "Blair romps home and casts Hague's crushed Tories into election oblivion", with a large photo of Tony Blair and his wife, Cherle. Considerable supporting text along with additional photos are found on inside pages. Nice to have in a London newspaper. Note: While the heading seems to borrow from the highly popular Queen song of the same name, Queen's "We Are the Champions" was not released until 1977.
The issue is complete in 56 pages and is in very good condition.