Home > Back to Search Results > Numismatic interest... Monster in a heart...
Click image to enlarge 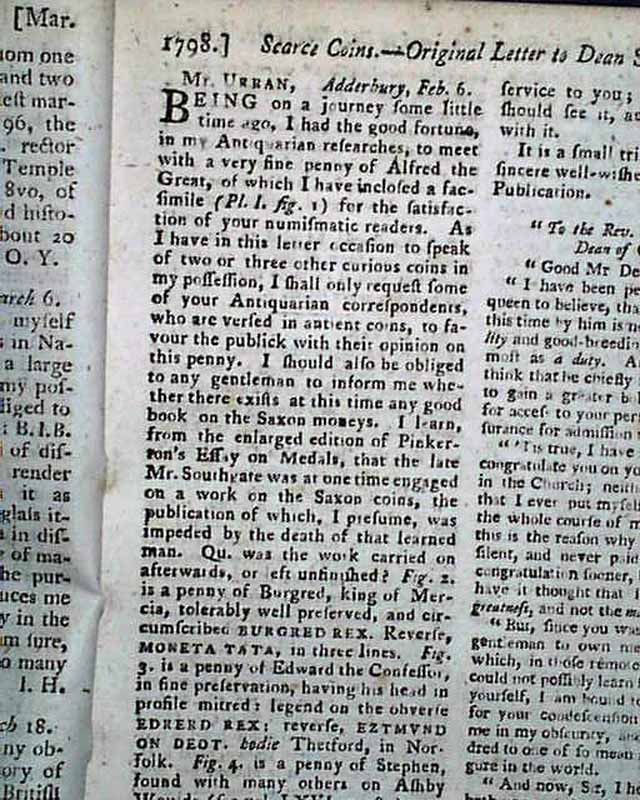 Numismatic interest... Monster in a heart...


THE GENTLEMAN'S MAGAZINE, England, March, 1798  Articles include: "Essays on the Provincial Half-Pennies" which takes almost 2 1/2 pages. Also within is a very detailed account of the: "Melancholy Fate of His Majesty's Ship La Tribune" which sank off the coast of Nova Scotia, about which much is written on-line. This report takes over a full page. Also under "American News" is a report beginning: "The brave Captain Burges, who was killed in the late engagement with the Dutch fleet...".
Other articles include: "Scarce Coins" and "A Strange Monster found in the Ventricle of the Heart", the latter having a full page plate relating to it. Much more as well.
Included are both full page plates called for.
Complete in 88 pages, full title/contents page with an engraving of St. John's Gate, 5 by 8 inches, nice condition.