Home > Back to Search Results > Nelson & Buonaparte in Egypt...
Click image to enlarge 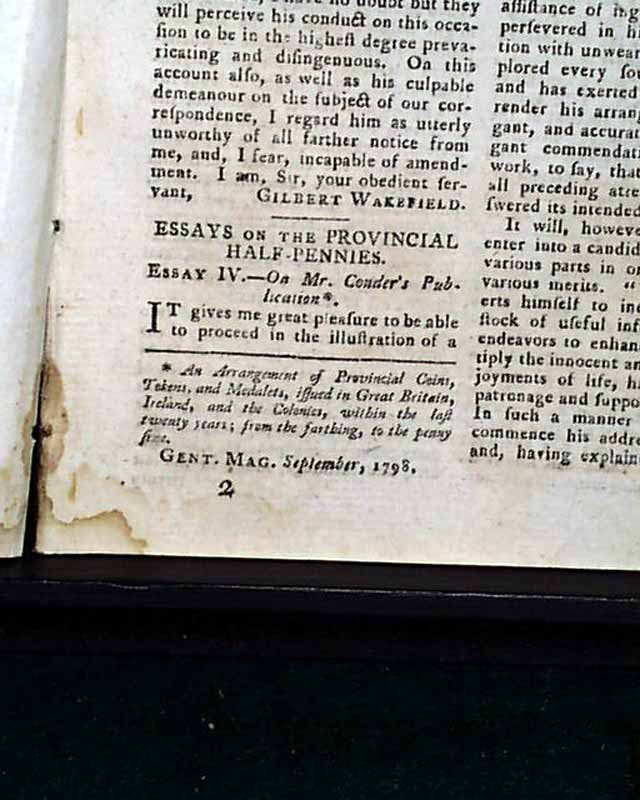 Item # 629077 GENTLEMAN'S MAGAZINE, London, September, 1798  Among the articles is: "Essays on the Provincial Half Pennies" which takes several pages. A nice item for any coin collector. Another item is a detailed letter concerning the object of Buonaparte's expedition into Egypt, where he would be defeated in a notable naval battle. Further on in the issue is more concerning Admiral Nelson in Egypt but the report is dated before his battle with Napoleon. Near the back are some documents concerning negotiations between the United States and France (see). There is also a report of a murder at New York under the heading: "America" (see).
Still includes both plates called for.
Complete in 88 pages, full title/contents page with an engraving of St. John's Gate, 5 by 8 inches, great condition.