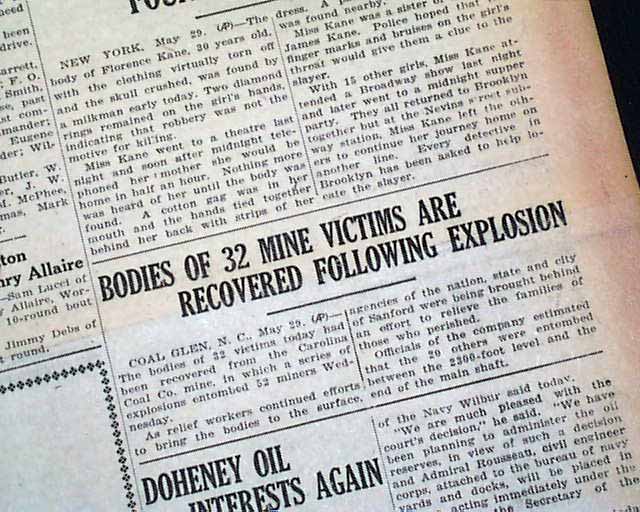 The front page has a two column heading: "BODIES OF 32 MINE VICTIMS ARE RECOVERED FOLLOWING EXPLOSION" (see) First report coverage on the Coal Glen North Carolina mine disaster.
Other news, sports and advertisements of the day. Complete in 8 pages, light toning, minor margin wear, generally nice.

wikipedia notes: The Coal Glen Mine Disaster was a coal mine explosion that occurred in May 27, 1925, in Coal Glen, North Carolina, USA. Fifty three miners died. Attempts at re-opening the mine were made sporadically until the 1950s, but were never financially viable. The mine was permanently closed in 1951.