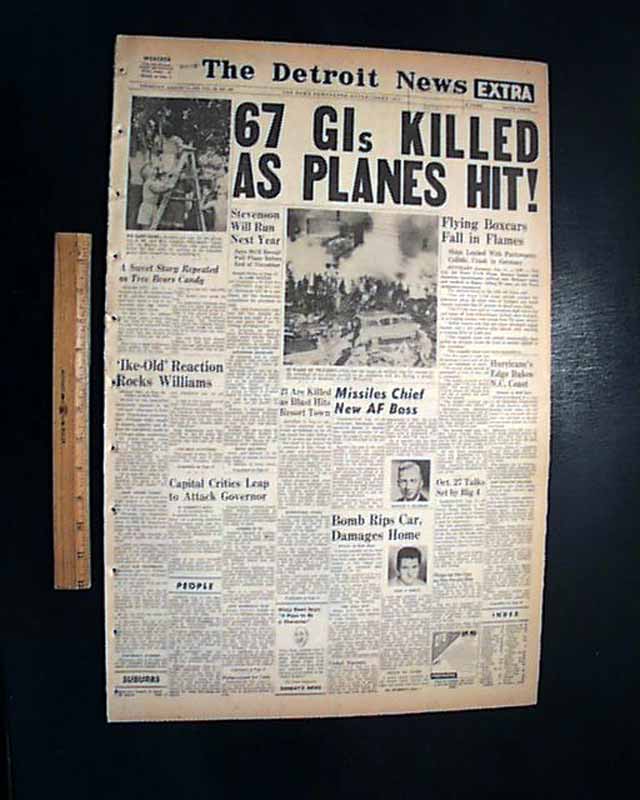 This 62 page newspaper has on the front page:  "21 Are Killed As Blast Hits Resort Town" (with photo), which tells of the explosion disaster at the Gateway Restaurant in Andover, Ohio. Also included on the front page is "67 GIs Killed As Planes Hit", with subhead, "Flying Boxcars Fall In Flames" - which describes the tragic death of 67 members of the Army's 499th Engineering Battalion.

Other news of the day throughout including various advertisements and much on Hurricane Connie. The paper is in good condition.