Home > Back to Search Results > The controversy over allowing Jewish clergy in the army...
Click image to enlarge 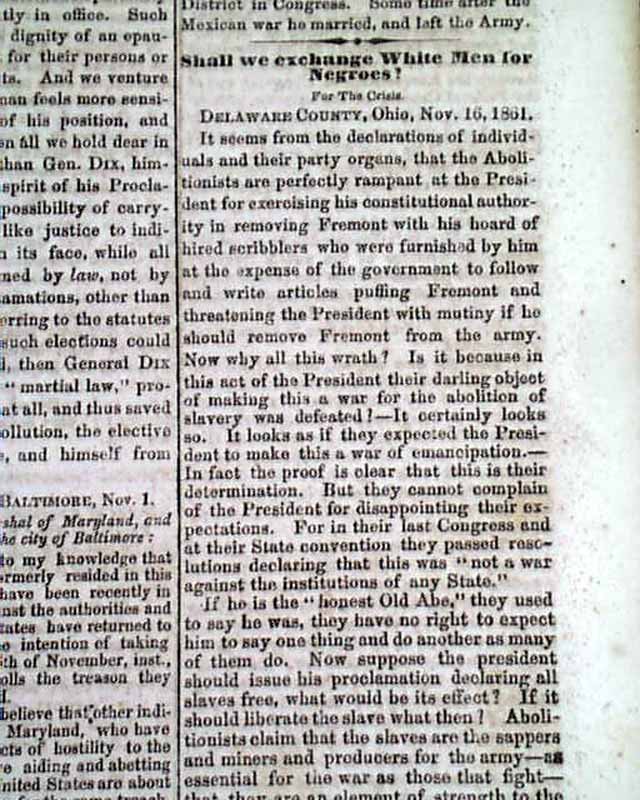 The controversy over allowing Jewish clergy in the army...

Page 6 has 1 1/2 columns with much related to The Chaplaincy Controversy of 1861, a noteworthy event in Jewish American History. Until this time, only Christian clergymen were permitted to serve as U.S. Chaplains.
The article is headed: "An Israelite's Opinions of American Constitutional Law and the Rights of Conscience". One bit notes: "...The Jew and Gentile were equally invited to citizenship and equality of rights, and neither laws nor proclamations can alter the result, in peace or in war..." with much more.
Further on in the text is a letter from Secretary of War Simon Cameron to a rabbi of a Jewish synagogue in New York in which he clarifies the point that the Act of Congress of July 22, 1861 notes in part: "...the vote of the field officers & company commanders must be a regular ordained minister of some Christian denomination...", relating to a question of chaplaincy for the Cameron Dragoons. Following this is an editorial notes that: "...peculiar hardship is that the officers of the Cameron Dragoons are generally, if not altogether, Jews...There are also thousands of Jews in the army...should be able to procure the attendance of a minister of their own faith..." and a bit more.
A wealth of other Civil War reporting, but it pales in comparison to the notable Judaica content.
Eight pages, scattered foxing, light staining near the bottom, good condition.

Civil War is coming to an end: captur...