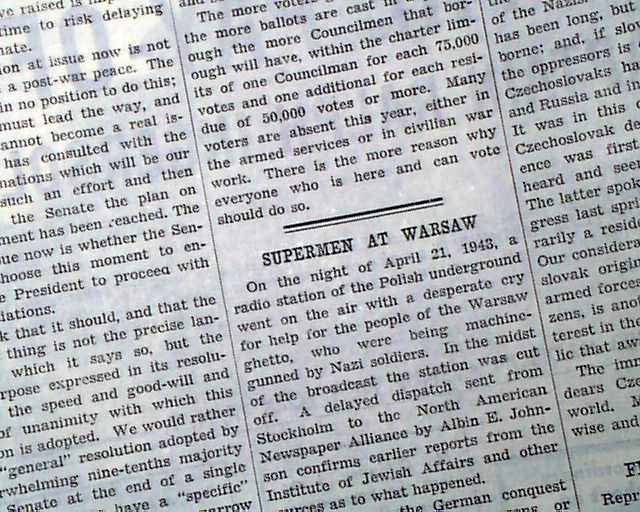 This 48 page newspaper has an editorial on page 22 with heading: "Supermen At Warsaw". See photo for text on the Warsaw Ghetto uprising. Also a a two column headline on page 25: "Great Ship That Burned and Capsized in February, 1942, Ready to Be Fitted Out--Salvage Most Difficult in History"

This issue contains other news, sports and advertisements of the day throughout with much on World War II. It is a rag edition in very nice condition.