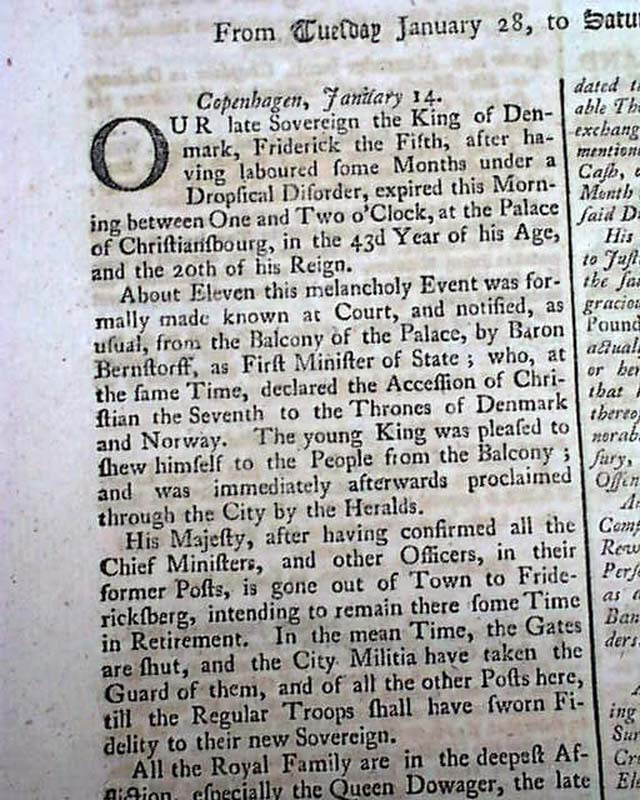 
THE LONDON GAZETTE, England, February 1, 1766  The ftpg. has "Our late Sovereign King of Denmark, Friderick (Frederick) the Fifth, after having laboured some Months under a Dropsical Disorder, expired this Morning...", with much more. Other news of the day and period advertising is also present. Complete in 4 pages, very nice condition, partial red-inked tax stamp on the ftpg., measures about 7 1/2 by 11 1/2 inches.
Note: Under King Frederick V's reign, the Royal Danish Academy of Arts, the Royal Frederiks Hospital, and the Royal Orphanage (a school intended for poor boys that still exists today) were created, as well as the Royal Copenhagen Lottery (Denmark's first lottery).