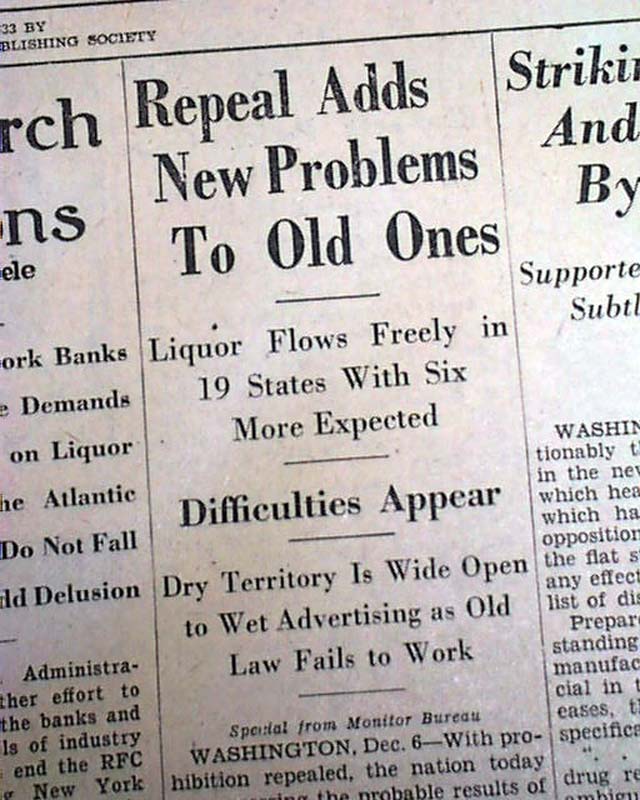 The front page has one column headings that include: "Repeal Adds New Problems To Old Ones" "Liquor Flows Freely in 19 States With Six More Expected" and more. (see) 1st report coverage on the official end of prohibition in America. Nice to have in this title which probably had pro-prohibition leanings.
Other news, sports and advertisements of the day. Complete in 16 pages, nice condition.