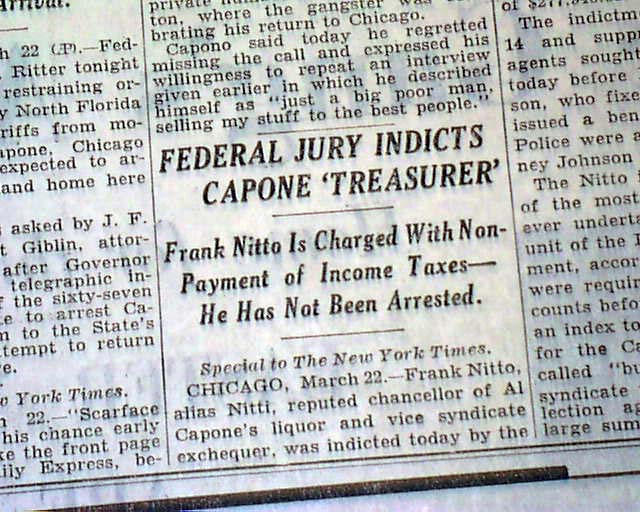 Page 8 has one column headings: "Florida Restrained From Seizing Capone" "Federal Judge Grants Order Preventing Sheriffs From Molesting Gangster on Arrival" "Federal Judge Indicts Capone 'Treasurer'" and more. Coverage on Al Capone turning himself in to Chicago police after returning to the city from a 10 month prison sentence in Philadelphia. He would never again be able to present himself in public on the Chicago streets. His final arrest would come about a year later.
Complete 1st section only with 32 pages, Rag edition in nice condition.