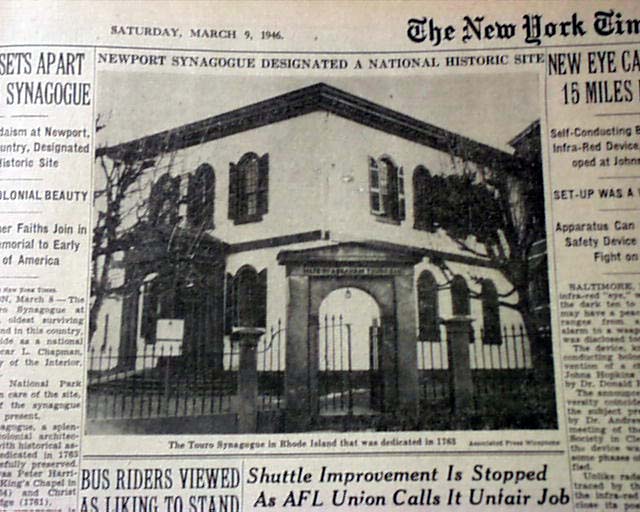 Page 15 has one column headings that include: "NATION SETS APART TOURO SYNAGOGUE" "Shrine of Judaism at Newport, Oldest in Country, Designated as a Historic Site" "Relic Of Colonial Beauty" "Clergy of Other Faiths Join in Extolling Memorial to Early Patriots of America" with smaller subheads. Also on the same page is a three column photo with caption: "Newport Synagogue Designated a National Historic Site" (see). First report coverage on declaring the Touro Synagogue the oldest such building still standing in the United States, a National Historic Site. I suspect this is one of the few publications to report this particular event as other titles in our inventory do not.
Other news, sports and advertisements of the day. Complete in 28 pages, nice condition.