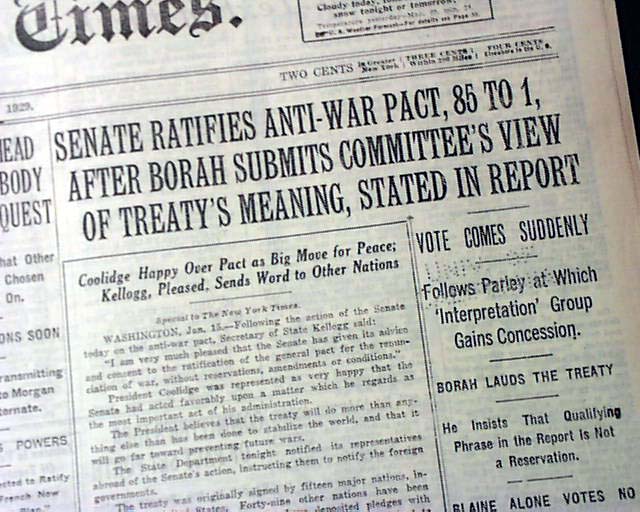 * Frank B. Kellogg & Aristide Briand
* Richard E. Byrd's first flight over Antarctica
The front page has a three column headline: "SENATE RATIFIES ANTI-WAR PACT, 85 TO 1, AFTER BORAH SUBMITS COMMITTEE'S VIEW OF TREATY'S MEANING, STATED IN REPORT" with many subheads. The full text of the pact is located on page 2. Always nice to have notable events in history reported in this World famous publication.
Also on the front page is a one column headline "Byrd Lands Plane For First flight Over Antarctica" with subhead "Might Cheer Bursts from Crew as the 'Stars and Stripes' is Safely Put Ashore" and additional sub-headlines. This is the first American airplane to wing its way over the continent.
Other news, sports, and advertisements of the day. Complete in 52 pages, rag edition, some spine wear, otherwise good. 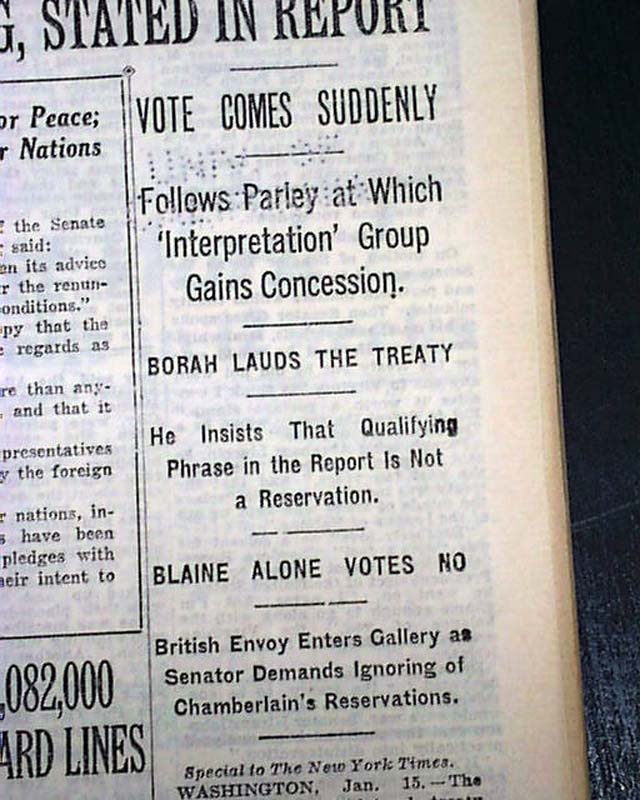 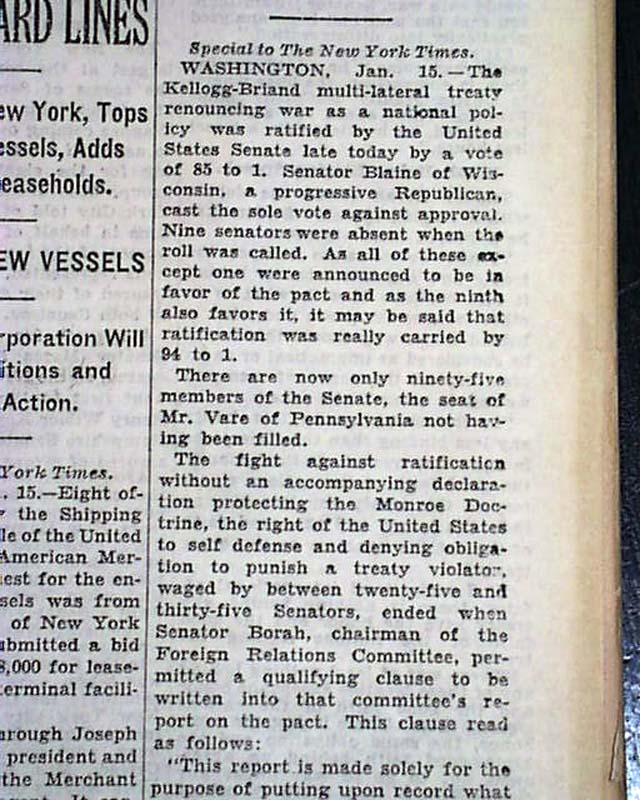 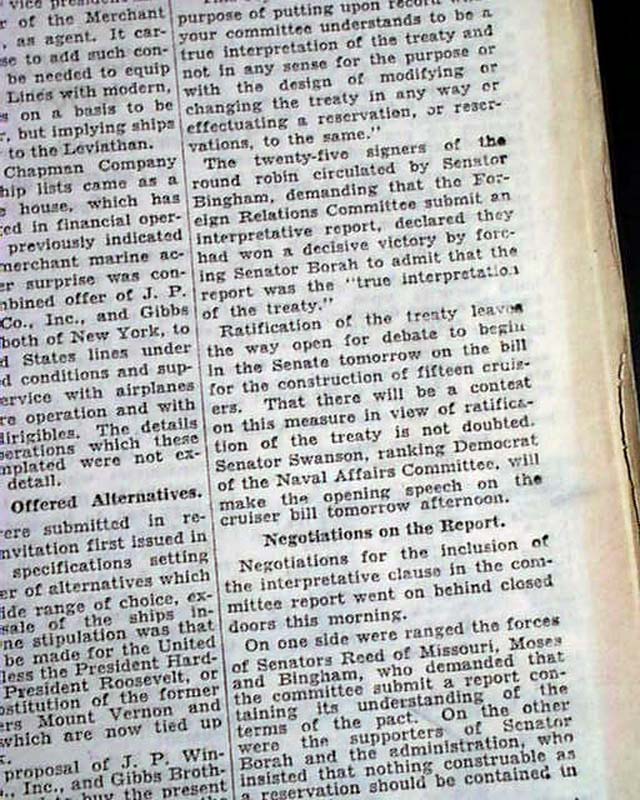 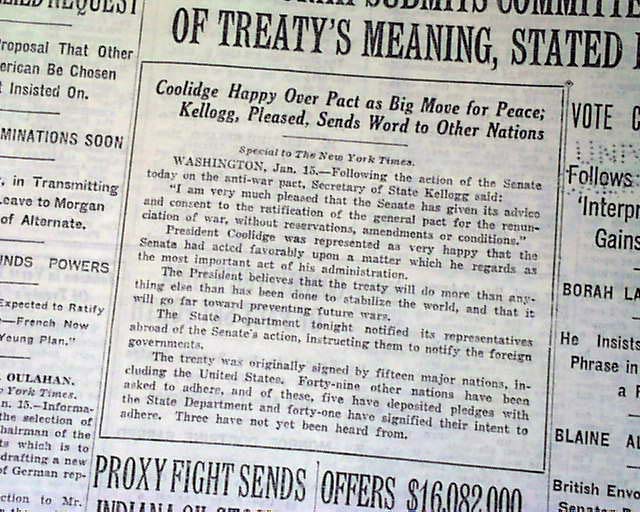 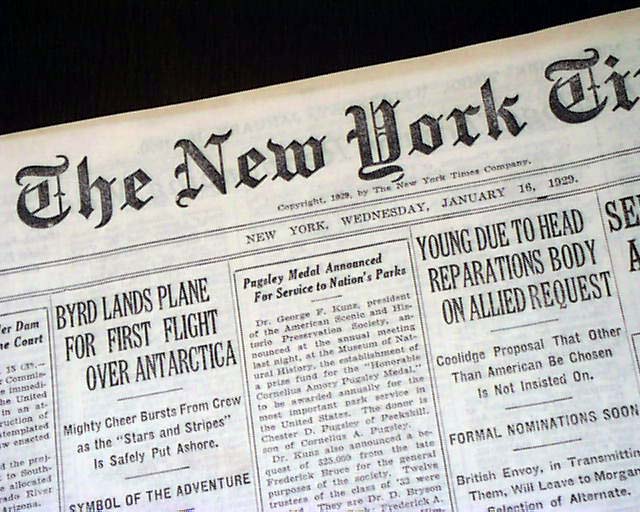 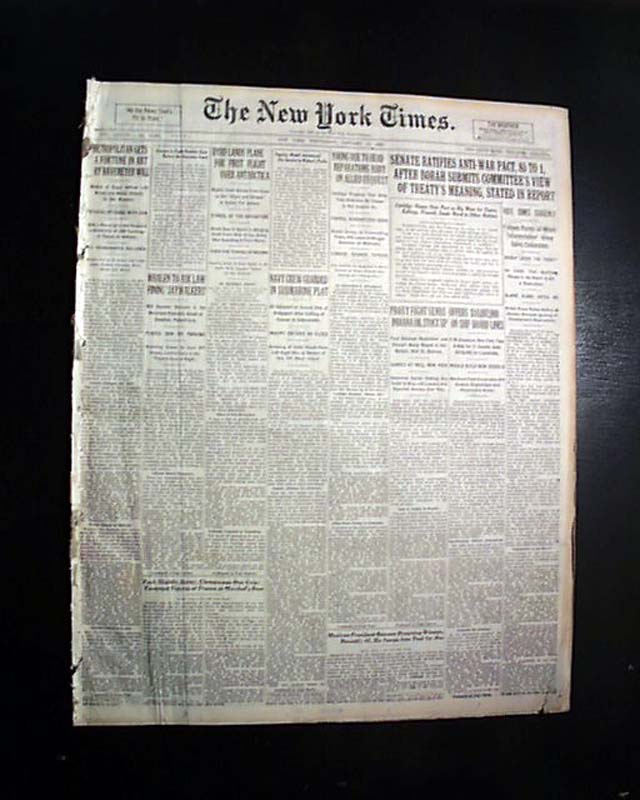 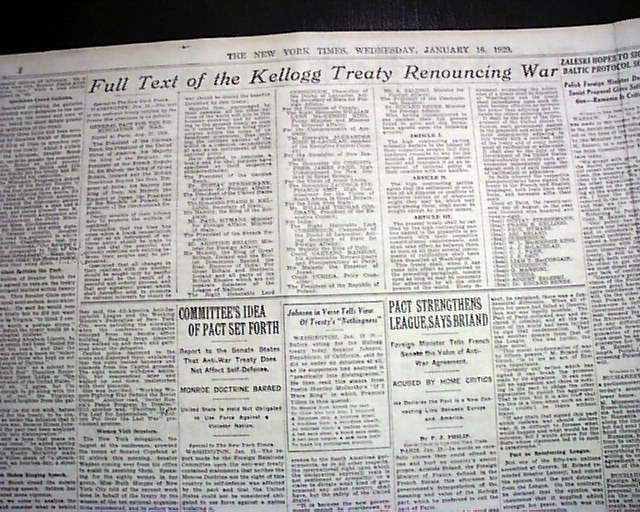