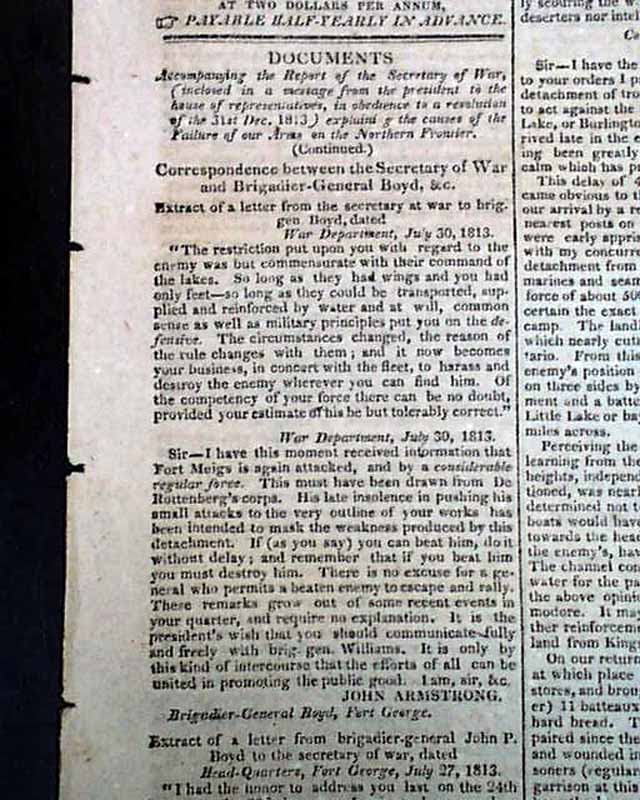 Most of the front page is taken up with: "Documents...Correspondence between the Secretary of War & Brig. General Boyd" all datelined Fort George & includes letters signed by John Armstrong and W. Scott.
Similar content carries over to pg. 2 with 4 letters signed by John Armstrong. Also: "British Veracity" "Summary" and "Marine Memoranda" among other items.
Four pages, 9 3/4 by 12 1/4 in., never-trimmed margins, very nice, clean condition.