Home > Back to Search Results > Reporting the War of 1812...
Click image to enlarge 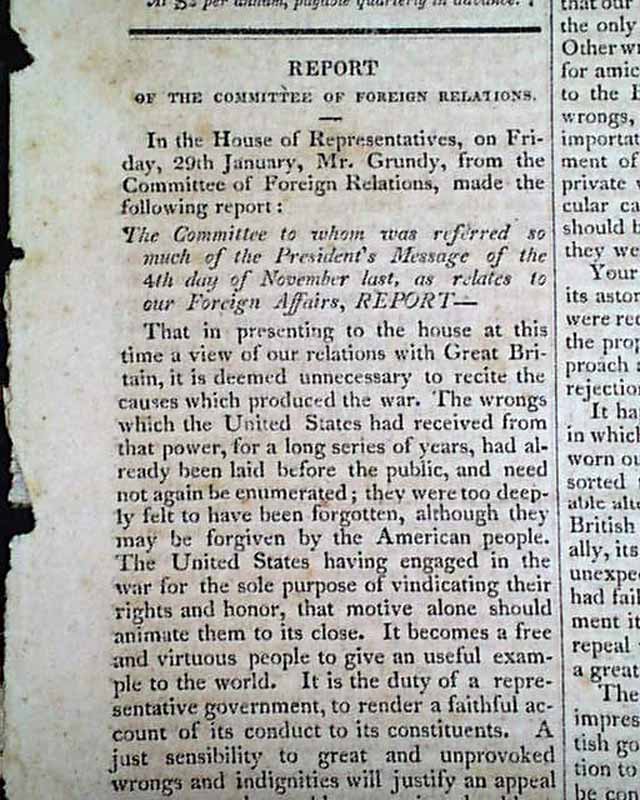 All of pages 1 and 2 are taken up with a detailed; "Report of the Committee of Foreign Relations" with much relating to the on-going War of 1812. The back page has a letter: "To All Whom It May Concern" which begins: "The state of hostility which exists between the kingdom of Great Britain and the United States makes it necessary that the intercourse...should be regulated on the principles which govern belligerent nations...", signed in type: Z. M. Pike. Other war-related items.
Four pages, 9 3/4 by 12 1/4 in., never-trimmed margins, very nice, clean condition.