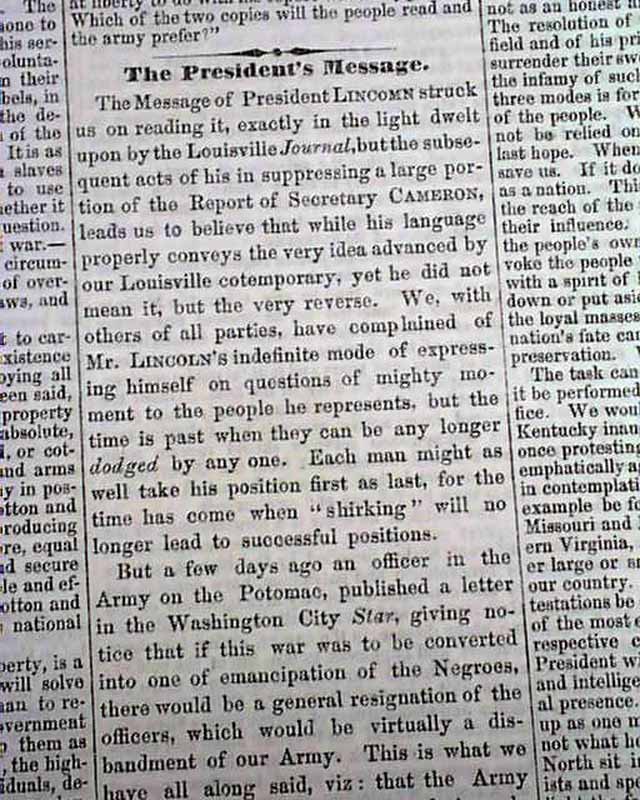 Among the articles are a lengthy ftpg. report: "The President's Message" which is commentary on Lincoln's recent state-of-the-union address. Most of pg. 2 has: "Report of the Secretary of War". Other items include: "Horrors of Civil War in Missouri" "Brother Against Brother" "A Declaration of Independence - Cabal Against the President" "Criticisms of Republican Papers on President Lincoln's Message" "Curious Letter from Gen. Beauregard" is signed by him in type: G. T. Beauregard.
Eight pages, very nice condition.