Home > Back to Search Results > Capture of the outlaw Frank James...
Click image to enlarge 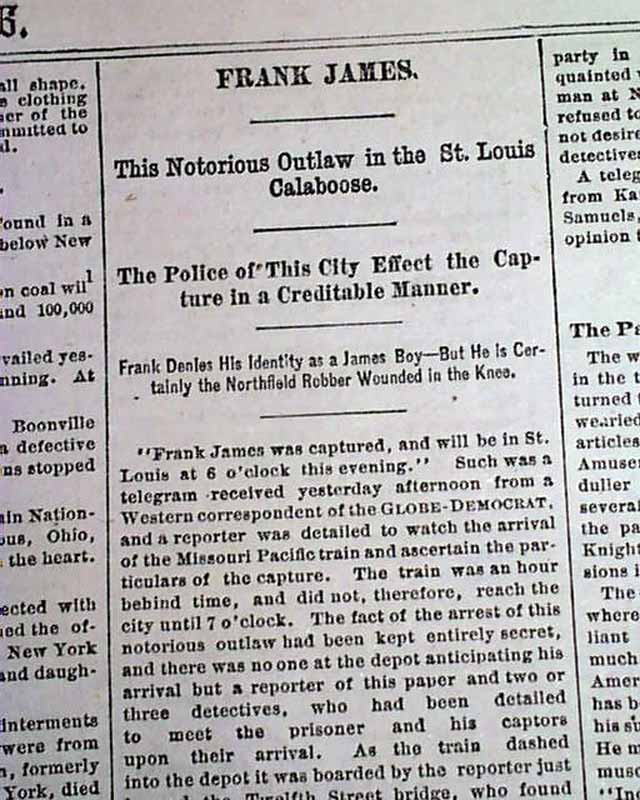 The top of page 4 has column heads including: "FRANK JAMES" "The Notorious Outlaw in the St. Louis Calaboose" "The Police of This City Effect the Capture in a Creditable Manner" "Frank Denies His Identity as a James boy--But He is Certainly the Northfield Robber Wounded in the Knee". The article takes over an entire column and has considerable detail (see for beginning).
Eight pages, very nice condition.