Home > Back to Search Results > Early Al Capone - Miami wants him out...
Click image to enlarge 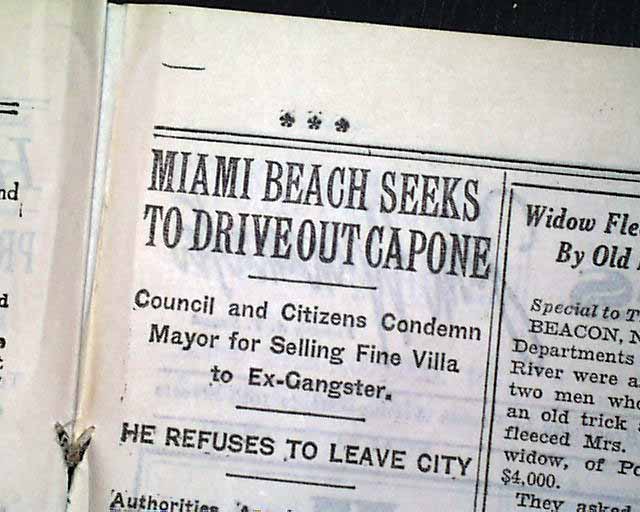 This 52 page newspaper has one column headlines on page 25 that include: "MIAMI BEACH SEEKS TO DRIVE OUT CAPONE", "He Refuses To Leave City". These reports mentioning Capone are uncommon prior to the St. Valentine's Day massacre. Nice reporting near the beginning of the Chicago gangster wars.