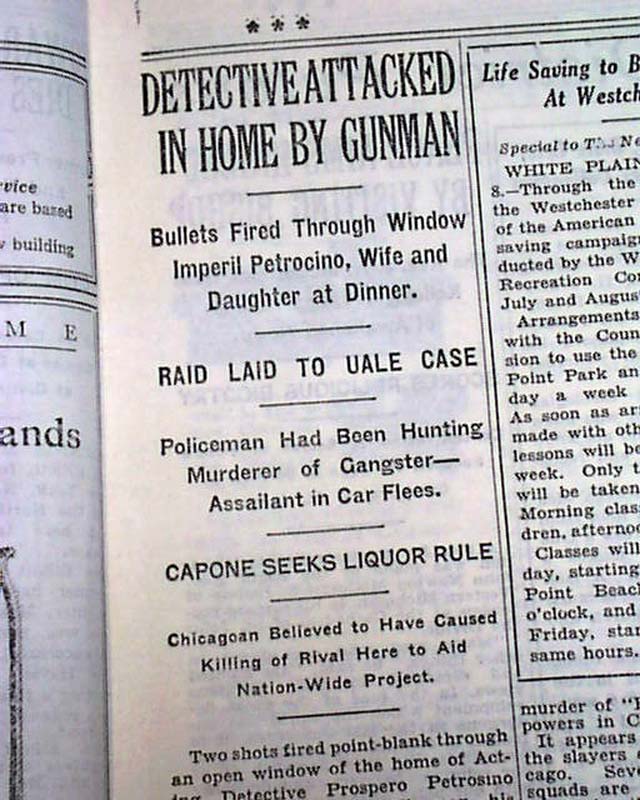 Page 21 has small one column headings that include: ""Liquor Empire" Revealed "Capone Caused Uale Murder to Aid Huge Alcohol Plan, Police Hold" "Capone To Be Questioned" and more. (see) Reporting on Capone this early are somewhat rare, prior to the St. Valentine's Day massacre.
Other news, sports and advertisements of the day. Complete in 40 pages, this is the rare rag edition that was produced on very high quality newsprint, with a high percentage of cotton & linen content, allowing the issues to remain very white & sturdy into the present. Given the subscription cost, libraries & institutions rather than individuals were the primary subscribers of these high-quality editions. A few binding slits along the spine, very nice condition.