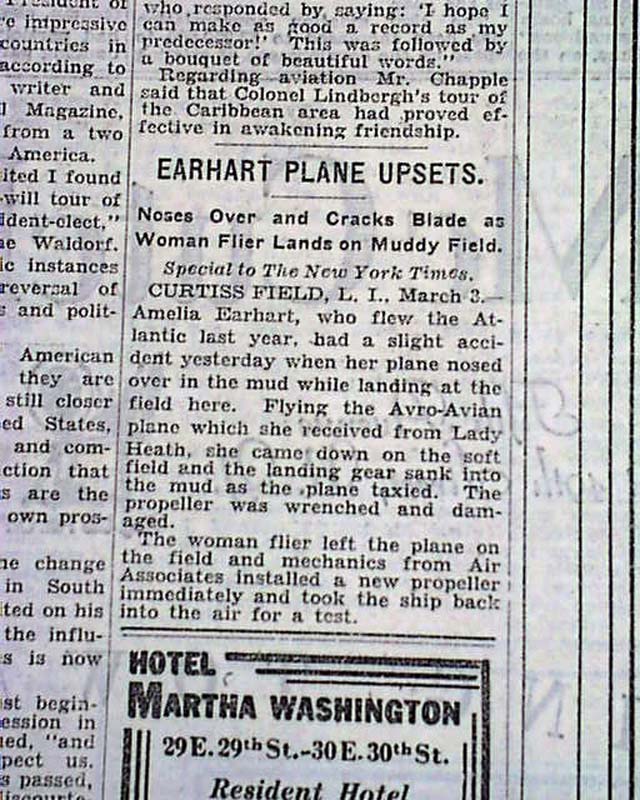 
* Woman aviator Amelia Earhart
* Roosevelt Field (Curtiss), Long Island
* Airplane crash landing in mud
* Herbert Hoover inauguration (day of)
Page 7 has small one column headings: "Earhart Plane Upsets" "Noses Over and Cracks Blade as Woman Flier Lands on Muddy Field" (see)
Other news, sports and advertisements of the day. Complete in 52 pages, this is the rare rag edition that was produced on very high quality newsprint, with a high percentage of cotton & linen content, allowing the issues to remain very white & sturdy into the present. Given the subscription cost, libraries & institutions rather than individuals were the primary subscribers of these high-quality editions. Nice condition.