Home > Back to Search Results > Baseball mania in 1922...
Click image to enlarge 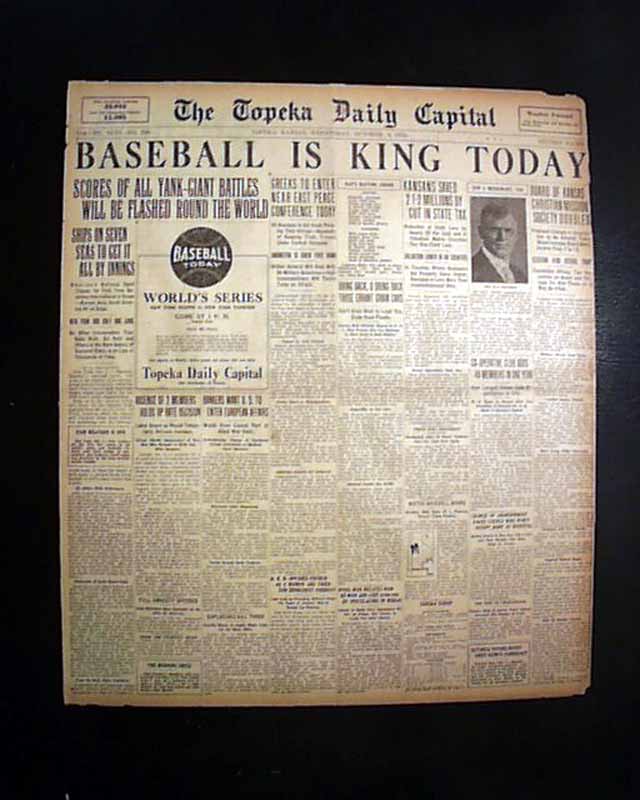 
TOPEKA DAILY CAPITAL, Kansas, Oct. 4, 1922  A great report which gives evidence of the baseball mania which existed at this time, with the banner headline: "BASEBALL IS KING TODAY" as the 1922 World Series plays its first game, the Yankees vs. the Giants. Among the subheads: "Scores Of All Yank-Giant Battles Will Be Flashed round The World" "Ships On Seven Seas To Get It All By Innings" "America's National Sport Classic for First Time Becomes International In Scope--Europe, Asia, South America, All on Edge" "New York Has Only One Care" "No Other Conversation Than Babe Ruth, Art Nehf, and Others of the Rare Galaxy of Diamond Stars, Is on Lips of Thousands of Fans." plus more. The Giants would go on to beat the Yankees in 5 games.
Complete in 16 pages, chipping to interior margins causes some loss but not to noted content. Generally nice condition.