Home > Back to Search Results > Rocket radio to the Moon ?....
Click image to enlarge 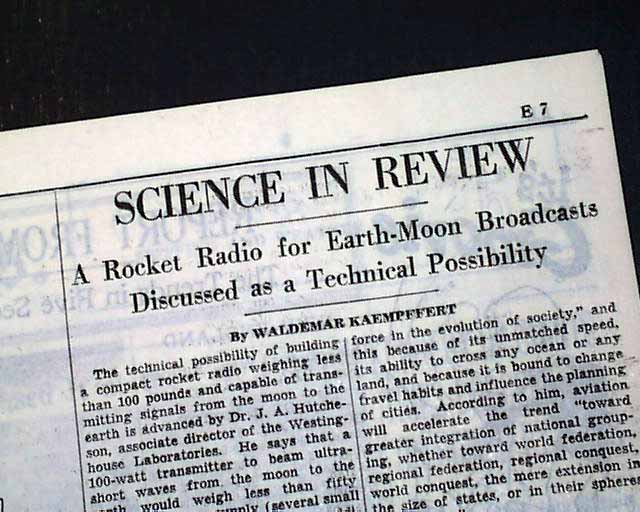 * Rocketing to the Moon ?
* Placing a radio on it
* Nuremberg trial ends

This 100+ page newspaper has a two column headline on page E7 (inside, near the back): "A Rocket Radio for Earth-Moon Broadcasts Discussed as a Technical Possibility" with smaller subheads. (see) Coverage on a plan to send a rocket to the Moon and land a radio on it without smashing it.
Other news of the day throughout shortly after World War II with report on the end of the Nuremberg Trial. Rag edition, a little spine wear, generally nice.