Home > Back to Search Results > Monroe to take the oath of office...
Click image to enlarge 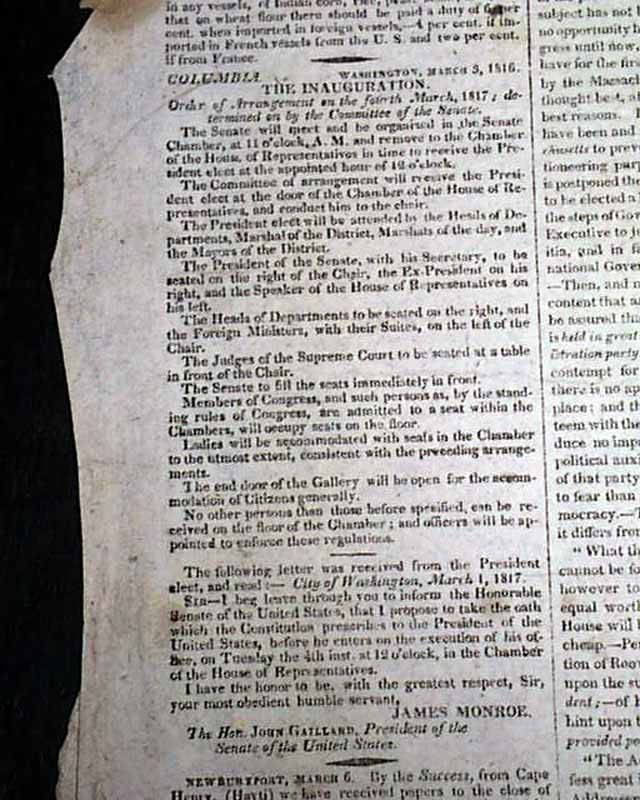 Monroe to take the oath of office...

Page 2 has an interesting letter from President-elect James Monroe informing the President of the Senate when he will take the oath of office. The letter reads, in part: "...I propose to take the oath which the Constitution prescribes to the President...before he enters on the execution of his office, on Tuesday the 4th inst. at 12 o'clock in the Chamber of the House of Representatives...", signed in type: James Monroe.
Also on this page: "The Inauguration" has the "Order of the Arrangement" for the inauguration ceremonies, as well as the names of the probable cabinet members for the Monroe administration.
Four pages, never bound nor trimmed, small bit of foxing, nice condition. 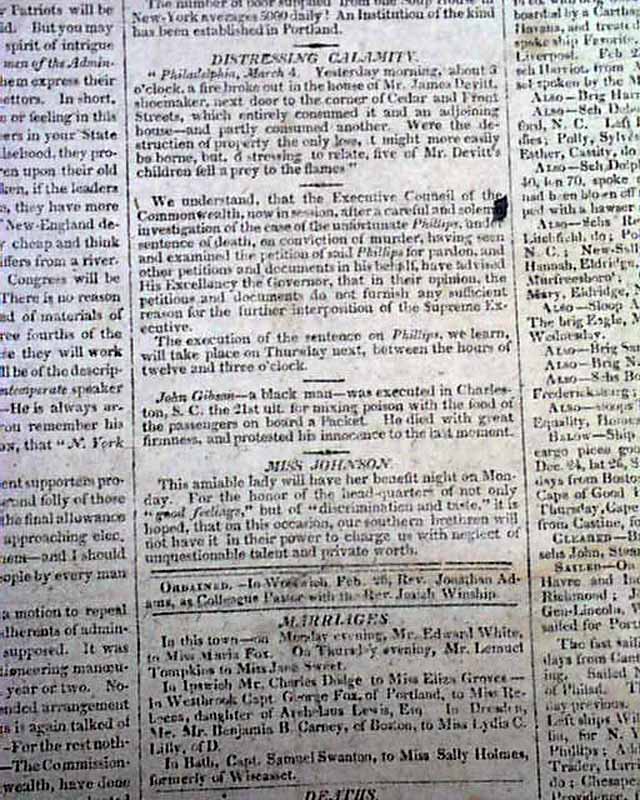 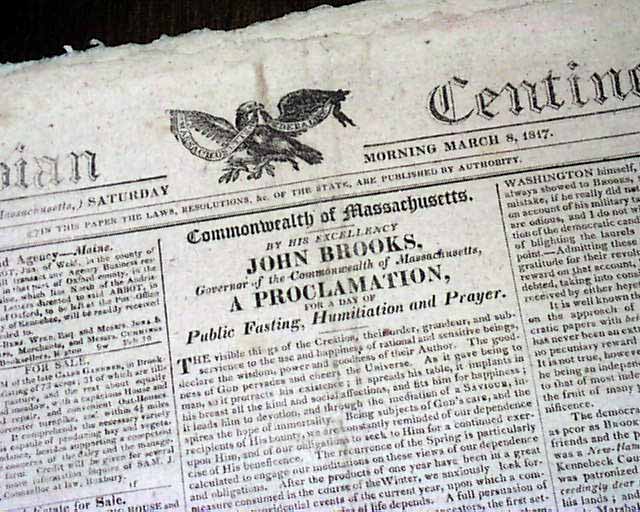 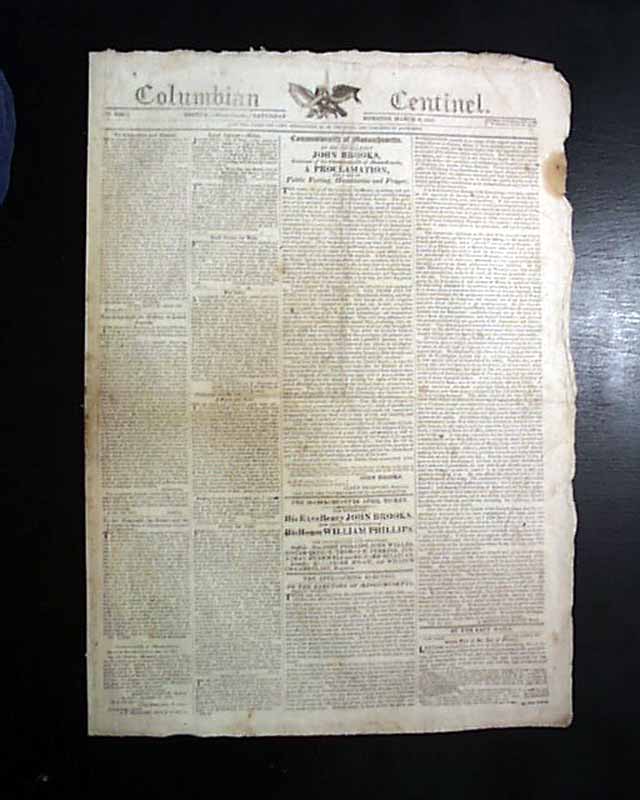