Home > Back to Search Results > Report from Georgia...
Click image to enlarge 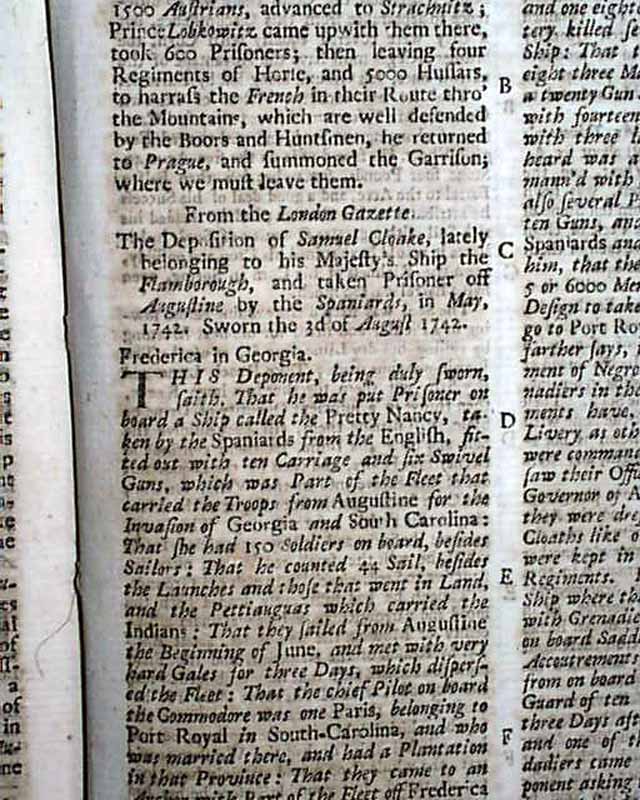 Item # 625388
THE GENTLEMAN'S MAGAZINE, London, England, December, 1742  A very nice pre-Revolutionary War magazine from the "mother country" with a wide range of varied content including news of the day, political reports, literary items, and other unusual tidbits. This was the first periodical to use the word "magazine" in its title, having begun in 1731 and lasting until 1907.

Near the back of the issue is a letter prefaced with: "The Deposition of Samuel Cloake...taken Prisoner off Augustine by the Spaniards in May, 1742" with the letter datelined: Frederica in Georgia.

Among articles in this issue are: "To the Freeholders of Great Britain".

Complete in 54 pgs. with full title/index page which contains an engraving of St. John's Gate, measures about 5 1/4 by 8 inches and is in nice condition.